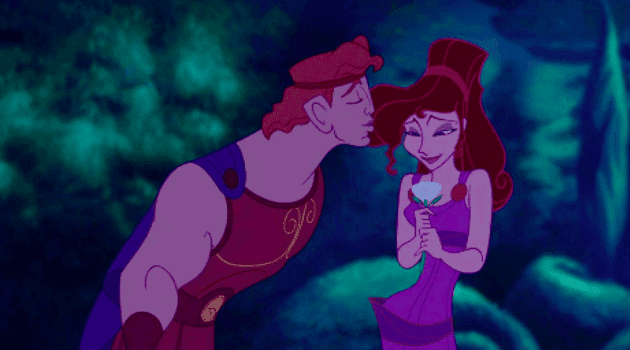 Disney movies are renowned for their ability to elate, excite and inspire. From Walt Disney’s humble beginnings with Snow White and the Seven Dwarves (1937), the film studio has done its utmost to keep the spirit of happily ever afters alive.

On further looking, though, if audiences can see past the glossy, colorful exterior of Disney’s animated classics, there is often a darker, more adult, subtext lying in wait. And one such film that features a rather shocking reference is the magical ancient Greek myth adventure, Hercules (1997).

Hercules debuted towards the end of the millennium as part of Disney’s Renaissance Era. This golden age of Disney animation was said to be the reason behind the Mouse House’s surge in popularity and success after a somewhat muddled few filmmaking years. The Renaissance Era also included the globally popular The Little Mermaid (1989), Beauty and the Beast (1991), Aladdin (1992), and The Lion King (1994), among others.

Following the titular character of Hercules, the Disney classic saw the character learn the heroic ways of Greek gods in order to return to his parents, Zeus (Rip Torn) and Hera (Samantha Eggar), atop Mount Olympus as a true hero. Along the way, Hercules encountered popular characters like Phil (Danny DeVito), his Uncle and Lord of the Underworld, Hades (James Woods), and eventual love interest, Megara, or Meg (Susan Egan). The hero also faced menacing Titans, evil centaurs, and the huge, multi-headed Hydra.

Disney’s Hercules — which was directed by Ron Clements and John Musker — is a thrilling adventure based on the love between mortal and god, set to the backdrop of stunning visuals and a powerhouse soundtrack. Songs like “Go the Distance” and “I Won’t Say (I’m in Love)” have arguably become some of composer Alan Menken’s, and Disney’s, most popular tracks.

While Meg’s song — the aforementioned “I Won’t Say (I’m in Love)” — comes across as a classic love anthem with snappy vocals and intriguing lyrics, a new TikTok has pointed out that during the song Meg actually alludes to her rather disturbing romantic past.

What happened to Meg in Hercules?

Posting to her TikTok account, elldramaticaromantic, made a scary discovery.

Paying more attention to the art in Hercules and oh my gosh.

The Disney fans’ TikTok is seen to be showing the famous song scene in which Meg frolics around the statue garden after finally opening up to herself about feelings for Hercules. As this TikTok reveals though, Meg’s romantic past in the animated film has been far from smooth sailing.

“So I never noticed this before, but in Hercules, in the part where she sings “I Won’t Say (I’m In Love)” there’s a part where she says ‘I thought my heart had learned its lesson’ and the statues that she passes by, these aren’t love scenes…these are assault scenes from Greek mythology. Like, no wonder she’s trying to be cautious!”

The troubling truth which caught the attention of this Disney fan has been liked over 170 thousand times with many commenters joining in on the shock. Again, in the realm of Greek Mythology, these statue scenes shouldn’t be all that grotesque, but Disney’s choice to layer these specific lyrics over this disturbing scene is definitely an artistic choice. And when pointed out, the subtext surrounding Meg’s affliction to ward off any romantic advances becomes deafeningly clear.

What’s next for Hercules?

The live-action Hercules movie is still in active development from Avengers: Infinity War (2018) directors, the Russo Brothers — although here they are only producing. While not much has been confirmed regarding Disney’s Hercules remake — where it will join films like Maleficent (2014), and the more recent, Cruella (2021) –, the creative team are said to be actively looking for a POC to play the leading man.

The Russo Brothers have also previously stated that they intend for the live-action interaction of Hercules to be more of an adaptation than a direct copy of the animated classic.

Have you ever noticed this reference to Meg’s dark past?