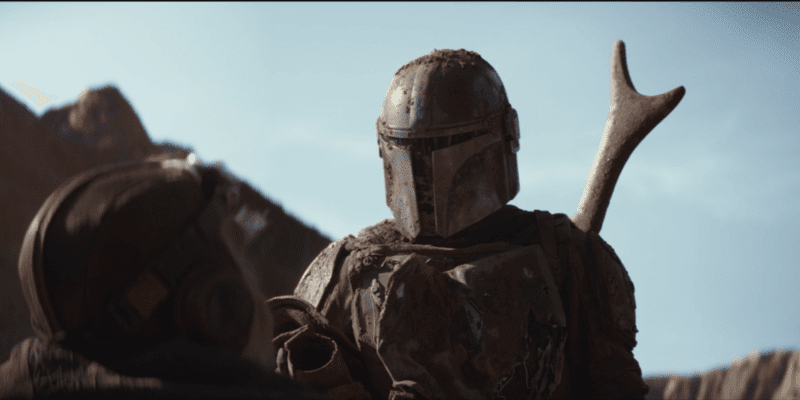 It’s been a little while since the bounty hunter Din Djarin graced our television screens. The Mandalorian Season 2 wrapped earlier this year and ever since that shocking finale, Star Wars fans have been urging for Lucasfilm to shed light on Jon Favreau’s hugely anticipated Season 3.

Well, a recent report suggests the return of the fan-favorite Mandalorian may be a longer wait than audiences first thought.

The Mandalorian debuted in November 2019 alongside the launch of The Walt Disney Company’s streaming service, Disney+. The new Star Wars series quickly enamored the world with its roguish hero Din Djarin (Pedro Pascal), and the loveable “Baby Yoda”, as the two set out on a galactic quest for answers and freedom.

Director Jon Favreau also brought Star Wars canon favorites into live-action in The Mandalorian Season 2. Katee Sackhoff’s Bo-Katan Kryze made an appearance in the second season as did Jedi Ahsoka Tano, played memorably by Rosario Dawson. As many know, the latter had a huge part in George Lucas’s Star Wars: The Clone Wars and Dave Filoni’s Star Wars Rebels. She also could be back in Filoni’s new animated series, The Bad Batch, but for now, that’s all just theory and speculation.

Arguably, the biggest moments in The Mandalorian Season 2 came with the return of the original trilogy favorites, Boba Fett and Luke Skywalker (Mark Hamill). While Luke appeared in the season 2 finale, it would be Temuera Morrison’s entrance as Boba Fett that sparked Lucasfilm’s Mandalorian follow-up, The Book of Boba Fett — which has recently wrapped filming. So, with a new bounty hunter show coming soon, where does that leave Mando Din Djarin and his story after handing over Grogu to Luke Skywalker?

What is happening with The Mandalorian Season 3?

According to a recent report via Collider, the hotly anticipated return to The Mandalorian universe might take longer due to another Star Wars project. It seems that Disney’s and Lucasfilm’s ever-growing slate of new series — both in its Star Wars and Marvel universes — might have caused filming disruption for its premier series.

Season 3 of The Mandalorian is not currently heading into production. That’s because the LA stages are, for the moment, in use by the upcoming Star Wars: Obi-Wan Kenobi limited series starring Ewan McGregor in his official return to the galaxy far, far away since Revenge of the Sith in 2005. The show is set 10 years after the events of that film and production on this series will reportedly take many months.

While it’s not completely devasting to discover The Mandalorian may take longer to get onto our screens due to another Star Wars project, fans of Mando and the bounty hunter action are likely to despair at the wait for the new season. Actor Pedro Pascal did say recently that they are yet to start filming so this schedule seems likely. The report goes on to add a suspected release date.

We hear the plan is for The Mandalorian Season 3 to begin filming at the end of this year, or in very early 2022. What that means is the season will not be premiering on Disney+ until late 2022.

There is also the fact that its leading man will be working on the screen adaptation of PlayStation’s The Last of Us, and the ongoing effects of the pandemic are still causing huge delays for entertainment operations.

That being said, the report did allude that Star Wars fans may get to see some of their favorite Mandalorian characters in The Book of Boba Fett — the bounty hunter series joins The Mandalorian, Ahsoka, and Rangers of the New Republic in the same timeline, although the latter recently halted development.

It does make sense that Lucasfilm is getting tied up with its own projects, especially as we know both The Book of Boba Fett and Deborah Chow’s Jedi show, Obi-Wan Kenobi, have scenes set on Tatooine — Boba Fett literally stormed Jabba’s Palace. The Mandalorian has been to the Outer Rim planet before too so it’s likely the production elements are being stretched thin. Keep in mind though, that Disney nor Lucasfilm have commented on these reports.

However, Lucasfilm will no doubt make The Mandalorian Season 3 worth waiting for, and it’s clear that Favreau’s live-action small-screen success has paved the way for these exciting, upcoming Star Wars projects. Regardless, at least we know there will be more Mando in the Star Wars universe in the near future and the character will once again take on the galaxy.

Are you happy to wait until the end of 2021 for The Mandalorian Season 3?