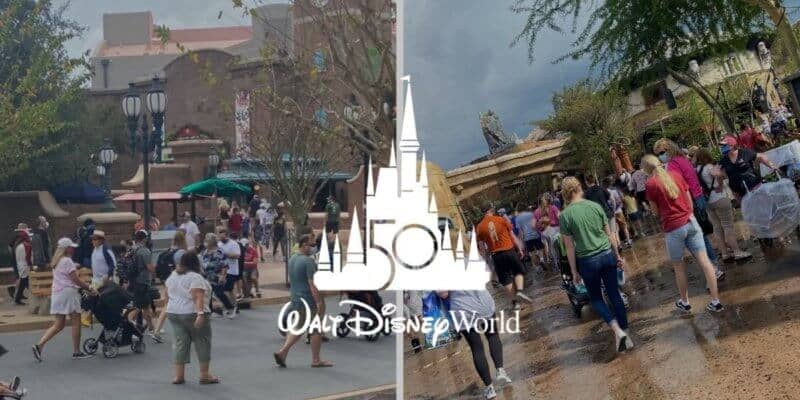 In just a few months, we are going to be celebrating the 50th anniversary of Walt Disney World, and it is clear that Guests are eager to be inside the parks the day the festivities begin — On October 1, 2021.

Now, it looks like another theme park has completely booked up for one specific ticket type — Annual Passholders.

In case you aren’t aware, Disney has a new Park Pass reservation system that requires those who wish to visit a Walt Disney World theme park — Magic Kingdom, Disney’s Hollywood Studios, EPCOT, or Disney’s Animal Kingdom — to have both a valid ticket and a reservation for the park they wish to visit on that day.

As you can see in the screenshot below, three theme parks are now completely booked for Annual Passholders. We previously knew about Magic Kingdom and EPCOT, but now, Hollywood Studios is added to that category.

Additionally, Magic Kingdom is completely booked for October 2 and October 3 for Annual Passholders.

At this time, if you are an Annual Passholder, the only available theme park for October 1 is Disney’s Animal Kingdom. There is a possibility that you can Park Hop to one of the other theme parks — if capacity allows.

Although Hollywood Studios is currently only booked for Annual Passholders on October 1, it is important to make your Disney Park Pass as soon as possible if you are a Resort Guest or theme park ticket holder as availability for all ticket types is booking up fast.

Additionally, please keep in mind that it is possible that Disney World could add more Disney Park Pass availability, specifically if they decide to increase capacity again by October 1.

Back in mid-May, CEO Bob Chapek confirmed that the theme parks have already started increasing capacity, which you can read more about here. At this time, we do not know exactly what percentage of capacity Disney World is operating at, but we know it is higher than 35%.

Related: Disney World Increased Capacity, So We Need FastPass Back

Known as “The World’s Most Magical Celebration,” Disney World will begin its anniversary festivities on October 1, 2021, to commemorate exactly 50 years since Magic Kingdom first opened its gates in 1971. However, these celebrations won’t just be happening at Magic Kingdom — They will be happening at all four of the theme parks, including Magic Kingdom, EPCOT, Disney’s Hollywood Studios, and Disney’s Animal Kingdom.

Additionally, if you are concerned about not getting a Disney Park Pass for October 1, don’t fear because this celebration isn’t just going to last one day — it’s going to be going on for a total of 18 months, into 2023! So there is plenty of time for you to visit the theme parks at Walt Disney World and celebrate the 50th anniversary.

Will you be visiting Disney World on October 1, 2021? Do you have your Park Pass? Let us know in the comments below.

If you want to visit the Walt Disney World Resort during the 50th anniversary, be sure to start planning today! Our friends at Academy Travel are here to help you when booking your magical vacation. Get in touch with them by clicking here.