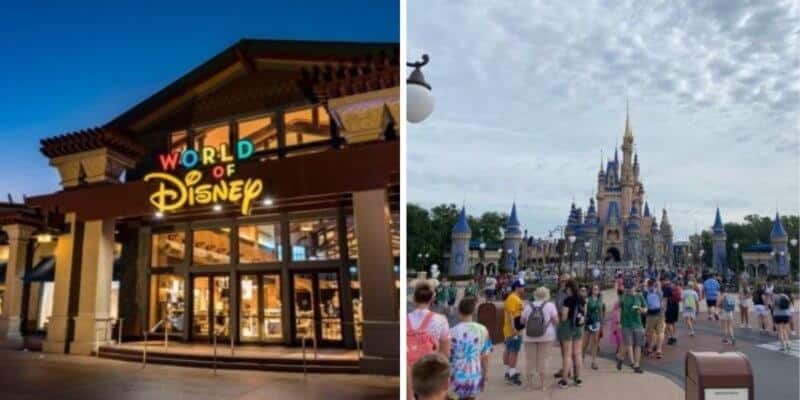 Disney World is a place where Guests experience magic in a safe environment, and lately, Disney has had to work even harder to ensure that they can keep it that way.

Recently, we reported that more and more Guests were being caught with guns at Disney World. As we discussed, according to the Orlando Sentinel, “the arrests are on pace to keep rising. This year, [2021] deputies have already arrested at least 14 people at Disney security for carrying concealed firearms through mid-April.”

If it was ever unclear, firearms and weapons of any kind are prohibited on Walt Disney World property. Children cannot even bring toy guns into the park, and as of 1999, Disney stopped selling them, even though they would suit the Pirates of the Caribbean gift shop well.

“All persons, bags, parcels, clothing and any other items may be subject to screening/security checks. We reserve the right not to allow any bag, parcel, or other item and to deal with any unattended object, bag or luggage in such way as we consider appropriate.

Firearms, ammunition, knives and weapons of any kind are prohibited.”

Considering how strict Disney’s security is and how their technology can detect a firearm in seconds before any Guest entering a theme park, any Guest trying to conceal a weapon will be caught and is at risk of being removed from the property and arrested for their actions. As Disney is private property, all Guests must abide by their rules.

The Orlando Sentinel article was written by reporter Gabrielle Russon (@GabrielleRusson), who is still receiving more arrest records back, even after publishing her story. The records share detailed information on two of last month’s firearm arrests on Disney property. Russon Tweeted:

Getting more arrest records back. Two people were arrested in three days for carrying concealed weapons at Disney Springs and the Magic Kingdom last month.

Getting more arrest records back. Two people were arrested in three days for carrying concealed weapons at Disney Springs and the Magic Kingdom last month.

The Twitter thread continued to expose each arrest record in which Guests attempted to carry concealed weapons in both Disney Springs and Magic Kingdom just last month.

The first arrest record was for Emily, who was likely entering Magic Kingdom when she set off the security alarms at Disney. Emily claims to have forgotten that the gun was in her bag and noted that the ammunition was in the car. The moment the alarm went off, Emily knew why and alerted Cast Members that it was a mistake. Emily did not have a concealed weapons permit.

The second incident gives us more details on what happened during an arrest at Disney Springs last month. Here, we have a male carrying a firearm into Disney Springs after parking in the Orange Garage. He set off the security scanner and did not have a concealed weapon permit, either.

If there is anything we are learning from these stories coming to light, it is that Guests attempting to break the rules at Walt Disney World will be caught, and Cast Members are working hard to ensure that Guests enjoying the parks are safe.

If you need a refresher on the rules and regulations that must be followed at Disney World, click here.

What do you think of this developing story? Let us know your thoughts here.