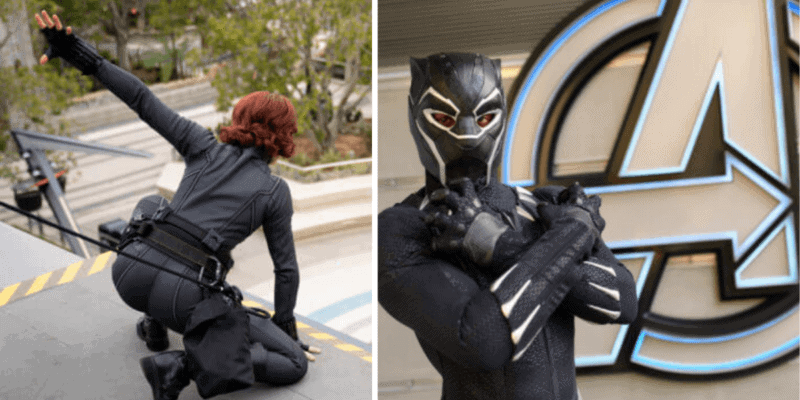 Avengers, assemble! No, really — if you have always wanted to be a professional super hero and suit up with the Avengers, here is your chance. Disney is now hiring professional stunt performers to work at Avengers Campus.

Note that Disney is currently hiring for sub roles for both Black Panther and Black Widow, who are the two main heroes in the Avengers Assemble! show.

Black Panther
Casting professional STUNT PERFORMERS with extensive training and experience to portray BLACK PANTHER. Black Panther (5’10” to 6’2”) has an athletic build. This role is based on the character from the 2018 Black Panther film. Ideal candidates should be highly proficient in hand to hand combat and be able to demonstrate a series of physical skills based on the role. Skills may include, but are not limited to: acrobatics, tumbling, bo staff handling, and wall climbing.

Black Widow
Casting professional STUNT PERFORMERS with extensive training to portray BLACK WIDOW. Black Widow (5’4″ – 5’8″) has an athletic build. Ideal candidates would be highly proficient in hand to hand combat and be able to demonstrate a series of physical skills based on the role. Skills may include, but are not limited to: acrobatic skills, tumbling, stunt baton wielding, and repelling.

As the job listings mention, these roles are for the new stunt show at Avengers Campus at Disney California Adventure Park, Avengers Assemble! In this show, new Avengers recruits can watch Black Panther and Black Widow take on the Taskmaster in an epic battle. For more information on the stunt show, read our article here.

If you can’t make it to Avengers Campus anytime soon, you can catch Scarlett Johansson as Natasha Romanoff/Black Widow in the upcoming Marvel Cinematic Universe Black Widow film, which premieres in theaters and on Disney+ Premier Access on July 9 and for all Disney+ subscribers at a later date. The Black Panther sequel film, Black Panther Wakanda Forever, is set to premiere in 2022.

Have you visited Avengers Campus yet? Or are you a super hero in training who hopes to start working alongside the Avengers? Let us know in the comments!