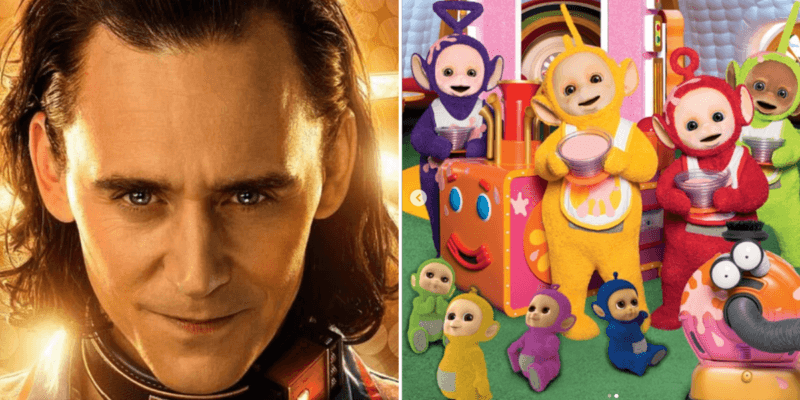 Now that Marvel fans have had a taste of the superhero shows, WandaVision and The Falcon and the Winter Soldier, they are clamoring for more, eagerly awaiting the upcoming Loki spin-off. The Disney+ show will air in June, moving to a new slot on Wednesdays as opposed to Disney’s usual Friday.

But while the scheduling move may seen like one of the most interesting pieces of news about Loki, director Kate Herron actually shared something even more wild.

Loki sees Tom Hiddleston return to his role as the Asgardian God of Mischief in this solo spin-off that also features Owen Wilson’s character, Mobius M. Mobius, and Gugu Mbatha-Raw, Richard E. Grant and Sophia Di Martino in the cast, albeit in undisclosed roles. Although the latter has been heavily rumored to portray another version of the trickster god from Marvel Comics, Lady Loki. With an alternate character to what we’ve seen before, fans can expect to get a closer look of Loki’s ability to transform into other people.

The Disney+ show begins its run on June 9 and will continue the story of Marvel’s Phase 4. The latest Phase — which should have started with Scarlett Johansson’s Black Widow (2021) last year — kicked off in January with Elizabeth Olsen’s (Wanda Maximoff / Scarlet Witch) and Paul Bettany’s (Vision), WandaVision, and continued on with The Falcon and the Winter Soldier. For the second outing, Marvel Studios President, Kevin Feige, brought back fan-favorite actors Anthony Mackie (Sam Wilson / Falcon) and Sebastian Stan (Bucky Barnes / Winter Soldier) to carry on the legacy of Captain America.

The new series already has a complex plot from what audiences have seen in the trailer — an alternate version of Loki is brought to the mysterious Time Variance Authority (TVA) after stealing the Tesseract in Avengers: Endgame (2019) to help fix the timeline or face deletion from reality. While this may seem like enough to be getting on with, Loki‘s director has revealed an interesting link to a popular children’s television franchise.

Now, hold on. The Teletubbies? With Loki? The Loki from Norse mythology? Apparently so…

Speaking in a soon-to-be published Entertainment Weekly article, Herron (via Twitter) revealed the source of some of her inspirations for the next Marvel show. Sharing the excerpt, Pia (@princloki) pointed out the interesting reference.

Printed what seems to be before Disney and Marvel announced the move to Wednesdays, Herron commented on some of Loki‘s inspirations but “couldn’t reveal any of the time periods they’ll visit”. The Marvel director suggested that Blade Runner and Mad Men provided some creative revelations but it is the Teletubbies link that is most curious of all. There hasn’t been a sign of anything Teletubbies in any of the Loki trailer releases up to now.

As the article reads, Herron kept the connection to the children’s classic tight to her chest, saying — “You’re just gonna have to wait until June 11.”

Perhaps, the son of Odin and the TVA will visit a world where a smiling baby is the sun, or maybe they will eat something like the famed Tubby Custard, or the character might even come across the Teletubbies themselves. Strange things have happened in the Marvel Cinematic Universe, but the sudden appearance of a cult British classic like the Teletubbies alongside the Loki cast would potentially be the strangest thing they have ever done. Especially if they turn up in Asgard…

While it doesn’t seem likely that Kevin Feige will be giving the Loki / Teletubbies crossover fans might want after hearing Herron’s news, it does point in the direction that Loki is set to take viewers on a wild ride through the Marvel Multiverse. And speaking of the Multiverse, Tom Hiddleston’s Loki is rumored to appear in the Doctor Strange (2016) sequel, Doctor Strange in the Multiverse of Madness (2022), alongside other cast members, Benedict Cumberbatch’s Avenger Stephen Strange and WandaVision star, Elizabeth Olsen, who will reprise her character as the Scarlet Witch.

It’s full steam ahead for Thor’s (Chris Hemsworth) brother, Loki. The Asgardian god became a fan-favorite character throughout his run in the MCU. Originally appearing in Thor (2011), Tom Hiddleston went on to reprise his iconic role in The Avengers (2012), Thor: The Dark World (2013), Thor: Ragnarok (2017), and the Russo Brothers’ climatic finale, Avengers: Infinity War (2018) and Avengers: Endgame, which saw Loki go up against the mad Titan, Thanos (Josh Brolin).

Look out for the next potential Loki trailer, there might be some familiar faces…

Are you excited to see Loki when it airs on June 9?

Comments Off on ‘Loki’ Has Surprising Connection to ‘Teletubbies,’ Says Director