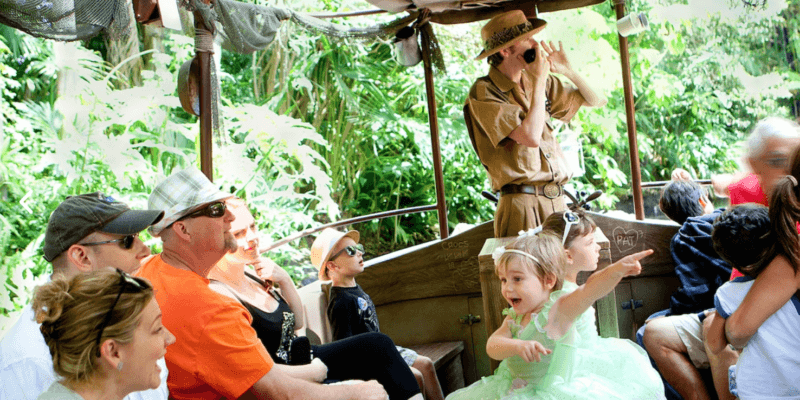 Cast Members are part of what makes the theme parks so magical. The joy and happiness that Disney Cast Members bring to each and every Guest is unforgettable — Especially if you are granted a magical moment!

That’s exactly what happened to two Disney World Guests who were given the chance to be Guest Skippers on Jungle Cruise.

Reddit user hammond_fan took to the platform to share that they were honored with being Guest Skippers on a recent trip to Jungle Cruise, allowing them to bypass the line! They write:

Me and my GF were at Magic Kingdom today and while we were looking for line for the Jungle Cruise, a CM walked up to us and gave us these cards that say guest skipper and took us directly through the line for the ride and right on board. Is this something that normally happens?? It was my birthday so it just made it that much more magical just wanted to know if this has been happening for a while or is new.

Though this Reddit user wasn’t sure why this happened, another user explained that they were granted a magical moment! telecomguy explained:

You had a magical moment. CMs are allowed to do things like this when people are celebrating things like their birthday, anniversary, or other things during their trip (even first visits). I’m assuming you had a button on that said you were celebrating and the CM saw that and decided to make your day!

Hearing about magical moments from Guests never gets old. We love seeing Cast Members spread joy and happiness to Guests at the theme parks, especially one like this that grants fans as Guest Skippers to skip the line and head straight to board the Jungle Cruise!

In fact, the revamp has already begun at both theme parks! Jungle Cruise at Walt Disney World remains open during this retheme while the Disneyland version is currently closed as Disney Imagineers are hard at work transforming this experience.

The new version of the attraction is part of Disney’s efforts to tell diverse, inclusive stories across the theme parks. Disney Parks Blog shared that the company is “building on the story of the Jungle Cruise at both Disneyland park at Disneyland Resort and Magic Kingdom park at Walt Disney World Resort to include new adventures that stay true to the experience we know and love — more humor, wildlife and skipper heart — and also reflect and value the diversity of the world around us.”

Have you ever been given a Guest Skipper pass? What about other magical moments? We want to hear from you! Tell us in the comments below.

Do you want to visit the Disney theme parks on your next vacation? Start planning today!

Comments Off on Riders Surprised With Chance to Be a Guest Skipper on Jungle Cruise!