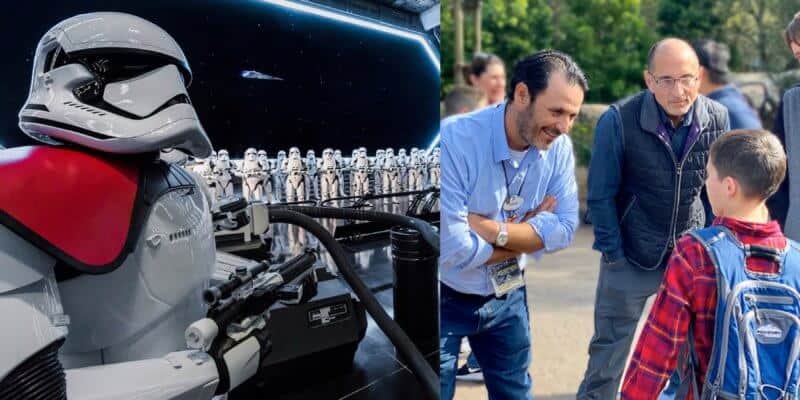 Little boys often dream of growing up to be Policemen, Astronauts, or even the President of the United States of America. But this special 10-year old is confident he knows what he wants to be when he grows up. His dream? To someday become a Disney Imagineer!

Dominick (Dom) Masi is just 10-years old. He’s been a Disney Annual Passholder his entire life! Dom, who lives in Ft. Lauderdale, Florida, probably gets to visit the theme parks often. Which is likely where his Disney passion comes from! Dom’s hero? Walt Disney, of course. Or “Mr. Walt” as he likes to call him.

Related: Interview: Answering “How do I become a Disney Imagineer?” with Disney artist Don Carson

The Disney Parks Blog shared about Dom: “He loves spending his free time learning about the magic behind the scenes and brushing up on Disney history – from the engineering of beloved attractions, to backstories of adored Disney characters and the creation of Disney parks around the world. Lately, he’s been watching (and re-watching) “The Imagineering Story” on Disney+.”

Dom’s parents took him to Disney’s Hollywood Studios to be among the first to experience Star Wars: Rise of the Resistance. As he was disembarking the ride, magic happened! Dom was met by some of his role models, Disney Imagineers that worked on the brand-new attraction!

Even though it was a surprise to Dom that he would get to meet some of his real-life heroes, he was fully prepared with all the research and information he could find about the new attraction. So, when he got to chat with the Imagineers, usually shy Dom came right out of his shell and shared all about his passion for Disney, imagining and creating new things, and his hope to one day become one of them!

Related: INTERVIEW: How to land a cool job in the themed entertainment industry, from the tech point of view

After getting to meet some of the Imagineers that worked on Star Wars: Rise of the Resistance, Dom’s dad shared how much it meant for him and his family to have this magical, once-in-a-lifetime opportunity.

But it wasn’t just Dom that was touched by this incredible experience. The Imagineers were also thrilled to have met such a special young man. They even gave the tiny aspiring Imagineer a glimpse into a day in the life of Walt Disney Imagineering and shared some fun facts and insider details about how they brought the attraction to life. Now that’s what we call a Magical Moment!

Walt Disney Imagineering Executive Producer Jon Georges said. “It was incredibly special to hear about his passion for Disney and our team. We can’t wait to see where his creative mind and imagination will take him next!”

ChEARs to you, Dom! May the force be with you, and may all your Imagineering dreams come true!