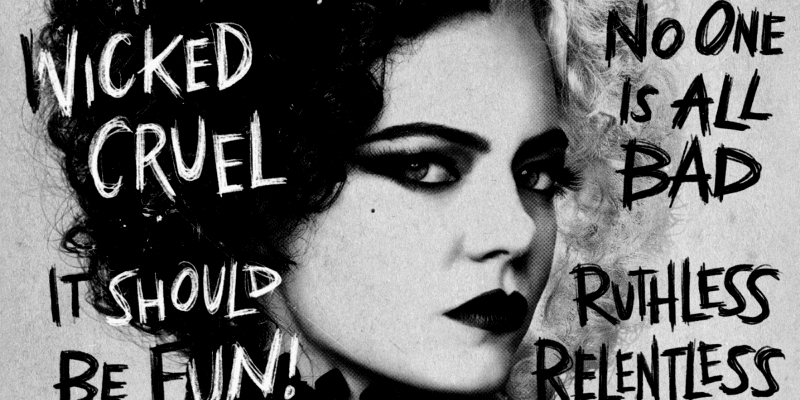 Disney’s newest live-action film Cruella, starring Emma Stone (Easy A), is set to premiere on Disney+ under the Premier Access label on May 28, and the movie will tell the tale of how Cruella De Vil became the classic villain that she is today.

We have seen Disney create all sorts of live-action remakes of their animated classics, and Disney’s Cruella marks the second time that Disney is focusing on an iconic Villain. Previously Disney has rewritten the story of Maleficent from Sleeping Beauty, and now it seems that Cruella will get the same treatment.

While the film will focus on Cruella — AKA Estella — she does not become who she is without the people that surround her. Disney has now released movie posters that not only show the many sides of Cruella De Vil but reveal more about her sidekicks — Horace and Jasper. There were also character poster reveals for Anita, and the film’s new villain — The Baroness.

While it is no secret that Cruella De Vil is ruthless and relentless — she does want a coat made of puppies — but the poster tells us that “No One Is All Bad”, so it will be interesting to see who Cruella was before she turned bad.

Posters for Horace and Jasper were also revealed.

While it seems that so little is known about Horace and Jasper, even less is known about the newest villain who will be introduced in the movie. Baroness Von Hellman will be played by Emma Thompson (Beauty and the Beast).

Disney Wiki Fandom only had this information to share about the Baroness:

In Cruella, Estella’s flair for fashion catches the eye of the Baroness von Hellman, a fashion legend who is devastatingly chic and terrifyingly haute.

The final character poster revealed by Disney was the poster for the character of Anita. In the original 1961 animated film, Anita reveals that she and Cruella had known each other since school and were once friends. However, Disney has not revealed whether the two characters will have a similar storyline in the new movie. Fans of the animated movie will know Anita and Perdita’s owner — Perdita is of course the dog who gives birth to the puppies that Cruella steals in the film.

Perhaps Cruella will not only reveal more about Anita and Cruella’s relationship but also give insight into when Anita gets Perdita as a pet! We will just have to wait and see.

Along with the character posters, Disney has also released a Featurette called “Becoming Cruella”. Emma Stone, who plays the title villain, talks about what playing such a character is like, and more clips from the film are shown. You can watch the featurette below.

Cruella will premiere on Disney+ on May 28, but it will only be available through Disney’s Premier Access. That means that those Disney+ subscribers who would like to watch the film will pay an extra $29.99. That $29.99 will then let them watch Cruella as many times as they would like. To read more about watching Cruella with Disney Premier Access, click here.

What do you think of these amazing new posters? Will you be watching Cruella when it premieres on May 28? Let us know in the comments!

Comments Off on “No One Is All Bad”: A New Look at a Classic Villain