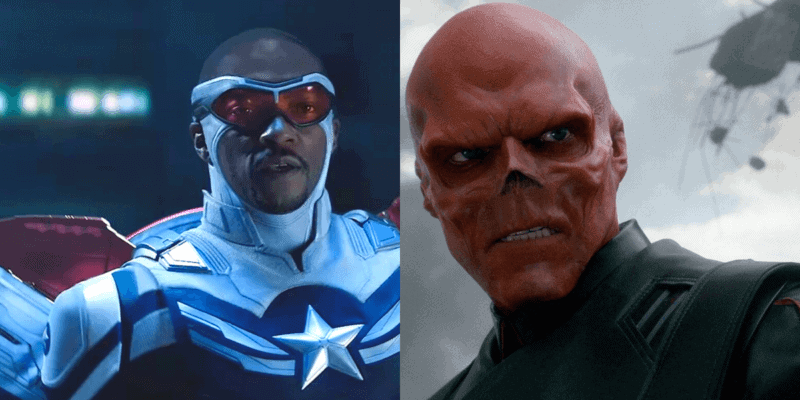 Marvel’s Captain America 4 is reportedly casting a female Red Skull to play the villain opposite Anthony Mackie’s Sam Wilson as the new Captain America in the Marvel Cinematic Universe.

Captain America 4 is confirmed to be in the works for Marvel Studios, as Sam Wilson (Anthony Mackie) gets ready to take flight with the character’s first solo film — the fourth Captain America film — in the Marvel Cinematic Universe. The new Captain America takes over the mantle from Steve Rogers (Chris Evans) following the events of The Falcon and The Winter Soldier.

Is Sam Wilson inheriting more than the Captain America title from his predecessor? It looks like he may also inherit a legacy rivalry with Cap’s first villain in the Marvel Cinematic Universe — the Red Skull. According to reports, Captain America 4 is looking to cast a female Red Skull as the new Captain America’s primary villain.

The report goes on to reveal that the new character, Sin, will be “re-evaluating the legacy of her father, Captain America (Steve Rogers), and Sam [Wilson’s] new role as Captain America.” Could Sin be working to reestablish HYDRA in the new world order?

In the pages of Marvel Comics, Sin is trained by her father the Red Skull to be an expert hand-to-hand combatant. She also exercises deadly proficiency with firearms. Sin even takes on the mantle as a new Red Skull in Marvel Comics.

The rumor also indicates that Emily Van Camp’s Sharon Carter, revealed to be the Power Broker in The Falcon and The Winter Soldier, will also be featured in Captain America 4. Notably, the report says the Sharon Carter was originally planned to be the main antagonist of the movie. However, the lukewarm reception by Marvel fans to her storyline on Falcon and Winter Soldier has seemingly nixed that plan for Marvel Studios boss Kevin Feige and team, reducing the Power Broker’s role in the film.

While readers should take this report with a grain of salt — after all, a casting call this early in the development process is a bit unlikely — the narrative potential that the daughter of Red Skull could provide the Captain America 4 movie is undeniable.

How does the next generation deal with what previous generations have left for them? Sam Wilson deals with the symbol of Captain America — passed to him at the end of Avengers: Endgame (2019) by Steve Rogers himself — as Black man in America. The Flag-Smashers are super-soldiers who believe the world was better after the blip of Thanos, and are seeking a return to that time. Bucky Barnes (Sebastian Stan) is dealing with the crimes and torment of the past deeds of Winter Soldier.

So for a character like the daughter of Captain America’s greatest foe, Red Skull, and possibly HYDRA, to approach a new story “re-evaluating” legacy seems like a logical place to continue Falcon and Winter Soldier showrunner Malcolm Spellman’s story in Captain America 4.

Who do you think would make a great villain for the Captain America 4 movie? Let us know in the comments!