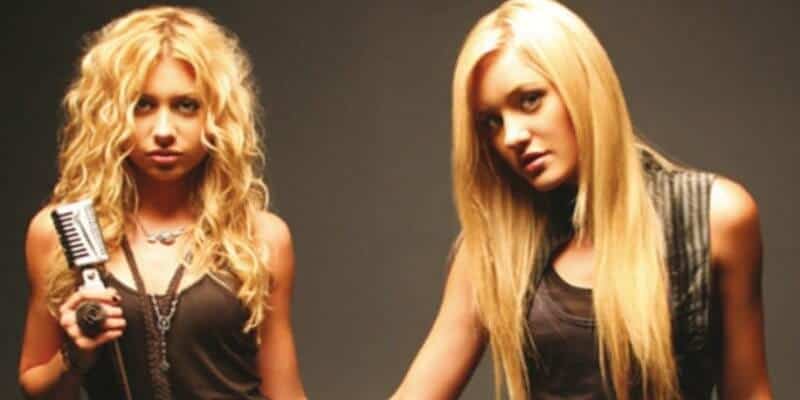 If you grew up watching Disney Channel, you are probably familiar with the duo Aly & AJ. Known for hit songs such as “Like Woah” and “Potential Breakup Song”, as well as starring in the Disney Channel Original Movie, Cow Belles, sisters Aly and AJ Michalka grew up in the Disney spotlight.

Now in a new interview with The Washington Post, Aly & AJ are opening up about what it truly was like growing up in the Disney community and what they are up to now.

Aly & AJ have been in the Disney spotlight ever since the early 2000s. Aly Michalka is known for not only being the second half of Aly & AJ (alongside her sister AJ) but also for her role as Keely Teslow in the Disney Channel series, Phil of the Future. The two released their first studio album in 2005.

Growing up in the spotlight isn’t easy for many, and so The Washington Post asked the duo what it was really like to make music as part of the Disney scene. Aly responded by explaining how, because the two were writing their own music, (something that was not common at the time) their time there was “hard”.

“We happened to be artists on a label who were writing our own music, and there weren’t a lot of artists who were at that time. Miley [Cyrus] and Demi [Lovato], they had kind of come in right after us and I know they write their own stuff or at least collaborate with people. But we were kind of our own thing. We were a bit of an anomaly over there. And I think that’s why our time there was hard, because we were women, writing music, very young, asking to collaborate with people outside of our genre. The label was confused and taken aback by our brazen ambition. We had a lot of difficult conversations with them over the years and ultimately our partnership had to end because we just weren’t on the same page. But we’re very grateful for the launching pad they did give us.

People don’t want to see their childhood idol grow up, and that can be really hard to navigate. Because you do want to grow up and you do want to spread your wings, but you’re trying not to do it too fast. Aje [AJ] and I were able to do that a little bit more in the privacy of our own homes, and it wasn’t quite as exploited as it was for others. I’m grateful for that.”

In late December, Aly & AJ released a new, reimagined explicit version of their hit song “Potential Breakup Song”. The Washington Post asked the sisters about the new song, even bringing up the fact that this was something they probably couldn’t have written this way when the song first released due to their audience.

“We never even played with the idea of having those lyrics in there because we knew that would have been completely killed. There were times, especially on the “Insomniatic” record, where we had a lot of censoring happen, which was very upsetting for us. When I look back on it, I’m like, “I can’t believe that’s what they thought that meant, or that they were censoring that.” It really was a bunch of men censoring young women, and when you look back on that era you’re like, “Wow that was really problematic.” And I’m sure it’s still happening today, in different ways.”

Now, as time goes on, it’s safe to say things change. In fact, when Aly & AJ released their first album, Radio Disney was a huge part of both their lives as well as Disney fans’ lives. Now, Radio Disney no longer exists as it recently shut down.

When discussing how things have changed over time, The Washington Post wanted to know how Aly & AJ feel about the Disney scene nowadays. Aly stated:

“It’s changed in a huge way. I think social media has changed it more than anything.”

In which AJ responded with:

“One hundred percent. Aly and I were talking about this recently. It was so uncool to be Disney back then. Even though it launched a ton of careers, you weren’t getting played on major radio –“

Aly then replied with:

“You were not on a major magazine.”

In which AJ concluded by saying:

“Yeah, you would never be on the cover of a cool magazine. You wouldn’t get an SNL performance or an NPR Tiny Desk or whatever it is. And now, if you blow up on social media and you happen to be connected to the Disney machine, it doesn’t really matter if Disney is involved. You’re probably going to get those cool opportunities.

It seems to still be connected to Aly and I — not in a negative way, but we still have this Disney persona that isn’t always looked at as cool because we came out in the early 2000s. There’s a world where we’re trying to shed that, and it just has to happen naturally. You can’t force that.”

Related: Disney Actress Breaks Silence on the Struggles of Stardom

So what are the two sisters up to now? Well, it’s been 15 years since Aly and AJ Michalka released their first studio album, “Insomniatic”, which is what “Potential Breakup Song” was on. Aly & AJ still love music and on Friday, they released a new album titled “A Touch of the Beat Gets You Up on Your Feet Gets You Out and Then Into the Sun”.

Are you fans of Aly & AJ? Let us know in the comments below.