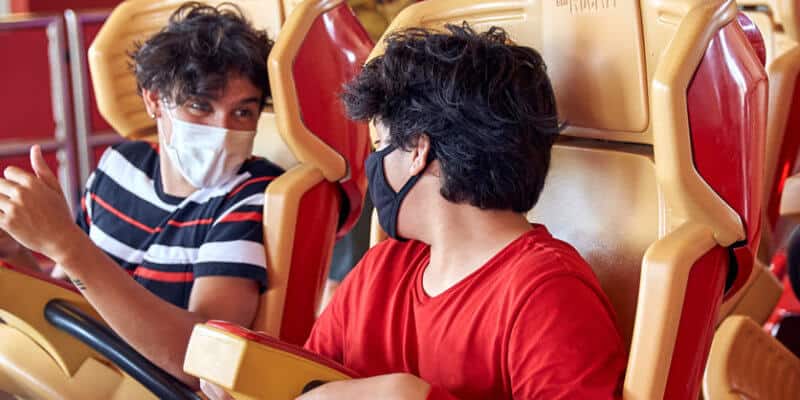 It is no surprise to anyone that theme parks have suffered great financial losses throughout the pandemic. From closing theme parks to limiting capacity Universal was no stranger to the financial struggles from 2020 that are moving into 2021.

For 2021 Q1 Comcast, NBCUniversal’s parent company shared that while the theme parks enjoyed a second quarter of breaking even consecutively, things still were not as bright as Q4 of last year.

While the financials for the theme parks were down from Q4 of 2020, Comcast did state that the theme parks division of NBCUniversal still managed to breakeven for the second financial quarter in a row. This is an incredible feat considering Universal Hollywood still continued to be closed for the first quarter, only reopening on April 16, 2021.

Comcast stated that including theme park revenue being down Q1 compared to Q4, and excluding the costs of Universal’s newest theme park that has yet to open, Universal Beijing Resort the theme park division broke even for Q1:

Here is where Comcast said they struggled financially in the first quarter of 2021. Citing the capacity limits set at Universal Orlando Resort theme parks, as well as Universal Studios Japan, and the continued closure of Universal Studios Hollywood.

Let’s take a look at what Universal is doing at each theme park to mitigate these losses.

Universal Studios Japan recently closed once again after Japan declared another state of emergency. Universal did say that the park could reopen as soon as May 11, but that date is flexible.

This is unfortunate after the theme park enjoyed a successful grand opening of its highly anticipated Super Nintendo World expansion.

Universal Studios Hollywood officially reopened the theme park on April 16 and is already finding ways to expand on that success. After year-long closure fans were excited to re-enter the theme park, however at the time Universal could only allow California residents to enter the park due to state operating guidelines.

Universal has now stated that Guests are welcome from out of state if they are fully vaccinated. It is also possible that Universal will be able to operate the theme park with a higher capacity limit in the near future.

We recently reported on how Universal Orlando Resort is doubling down on value for Guests in order to capture a new audience during the pandemic.

Universal Orlando Resort recently reopened its water park, Volcano Bay, which does allow for more visitors to enjoy a day inside a Universal park.

With the possibility of raising capacity limits and masks restrictions being modified in the future more Guests may come to enjoy the resort. Universal has stated however that despite CDC guidance they will not be making any changes to their masks or social distancing protocols just yet.

We often see that Universal Studios Florida, and Universal’s Islands of Adventure reaching their capacity. A raised capacity limit in the future could mean more Guests and more profits for the Resort — With capacity being reached it is clear that the demand from Guests to visit the theme parks is strong.

Universal Studios Singapore is not operated by Comcast NBCUniversal, which is why it is not part of these reports.

Have you visited a Universal theme park in 2021? Let us know in the comments!

Comments Off on Despite Breaking Even, Universal Parks Struggle Financially