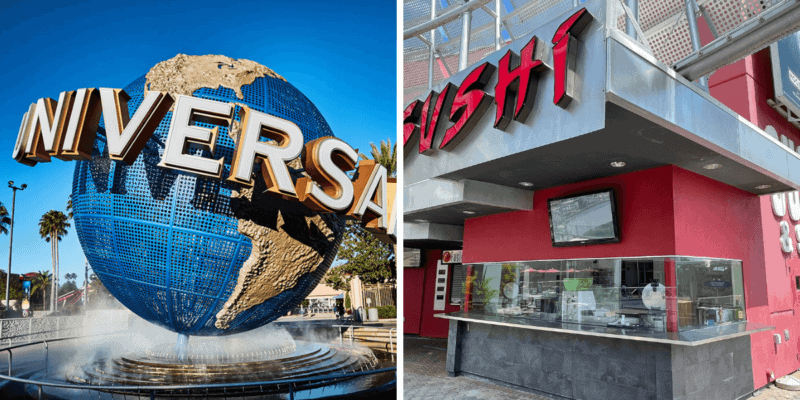 CityWalk at Universal Orlando Resort is gearing up to bring fans a brand new quick-service restaurant!

One existing restaurant is closing, and a new one is taking its place. Is your favorite leaving CityWalk for good?

We saw that Inside Universal took to Twitter to share that Fusion Bistro Sushi & Sake officially closed. This location, which was a fan-favorite, served Guests delicious sushi on the second level of Universal CityWalk.

We at Inside the Magic also got confirmation from Universal directly that this location is in fact permanently closed, and will be replaced with a new and exciting quick-service option! So, what new quick-service location could be coming to CityWalk?

Currently, Universal has not announced an official replacement, but they did confirm it would be a quick-service restaurant. It is worth noting there are many other quick-service restaurant options next to the location of Fusion Bistro Sushi & Sake such as Burger King, Moe’s Southwest Grille, and Panda Express — So there are still plenty of food to enjoy at CityWalk!

Personally, I cannot wait to see what new fun restaurant Universal has in store for us!

Universal Orlando Resort is currently open and you can visit Universal Studios Florida, Universal’s Islands of Adventure, and Volcano Bay — Each park is currently operating under a modified capacity limit and may reach capacity on the weekend. Plan accordingly!

CityWalk is open every day and you can enjoy all the food, drinks, and entertainment it has to offer. The only thing you need to do is pay for parking as admission to CityWalk is free.

Over on the west coast, Universal Studios Hollywood has finally reopened to Guests. There is plenty to be excited about if you are a Universal fan!

What is your favorite quick-service restaurant in CityWalk? Let us know in the comments!

Let us help you book your next Universal Orlando Resort vacation, click here for more information.

Comments Off on CityWalk to Receive a New Quick-Service Restaurant!