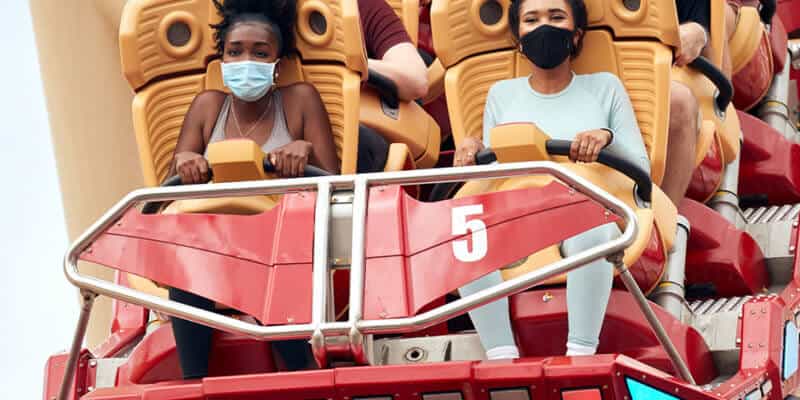 Comcast had their end of quarter earnings call this morning, which included information about subsidiary NBCUniversal. They revealed that in 2020, despite the challenges caused by the ongoing pandemic, the theme park resorts were able to break even from a fiscal standpoint. The company cites attendance at Universal Studios Japan and Universal Orlando Resort as the reason for this success.

Comcast-NBCUniversal continued to say that they achieved this despite Universal Studios Hollywood remaining closed for most of the year, and their new theme park Universal Beijing still being under construction. Additionally, they said they expect a dip in positive numbers moving forward, as COVID cases continue to rise and more COVID restrictions could deter guests from visiting theme parks in general.

Comcast-NBCUniversal stated during the call that:

“Without those costs, and better attendance at the Orlando and Osaka parks, even with Hollywood closed, the Theme Parks reached breakeven,”

Universal Orlando Resort was able to successfully reopen in 2020 after an unprecedented closure due to the pandemic. They have opened the parks safely by implementing reduced capacity at the theme parks, enforcing face masks, and enforcing social distancing rules.

Universal did re-close water park, Volcano Bay, however. Universal officials have stated previously that they could reopen the park on or before March 1, 2021.

Universal Studios Japan has reopened to great success, by implementing the same measures found at Universal Orlando Resort. Demand for the Universal Studios Japan theme park is high, as the park is set to open Super Nintendo World, a brand new expansion, this year. While the expansion did get put on indefinite hold as Japan declared another state of emergency due to rising COVID cases, Comcast NBCUniversal said they believe when this opens it will be a great success for the theme park.

The company also stated that they are confident in the Olympics which would bring in ad revenue. Of course, this would also help bring people to their Universal Studios Japan theme park resort as it would be located just a short train ride from the games:

The company said the rollout of vaccines brings optimism that its impacted business segments will return to growth. It’s also optimistic that the Tokyo Olympics, scheduled to open on July 23, will still occur.

“Anything could happen, but we’re pretty confident that the Olympics will happen and the advertisers are hopping in and agreeing,” NBCUniversal chief Jeff Shell said on the company’s earnings call.

Theme Park reporter @AshleyLCarter1 on Twitter gave a break down on the numbers that NBCUniversal theme parks have seen so far in 2021:

Comcast’s Q4 earnings are out, a few theme park takeaways: – Revenue for NBCUniversal’s parks division down 62.9% from same quarter last year – Parks division brought in $579M, down from $1.56B same period last year – Decrease due to open parks operating at limited capacity

Comcast report includes earnings for the full year and shows impact COVID-19 had on the parks in 2020:

During today’s call, Comcast went on to say that Universal Studios Beijing will open on time this summer. It is clear that NBCUniversal is eager to break into the Chinese market as the success of Disney’s Shanghai Disneyland is a good indication that their Beijing park will be a hit.

Are you surprised that Universal theme parks were able to break even in 2020? Let us know in the comments!

Comments Off on Universal Theme Parks Break Even for 2020