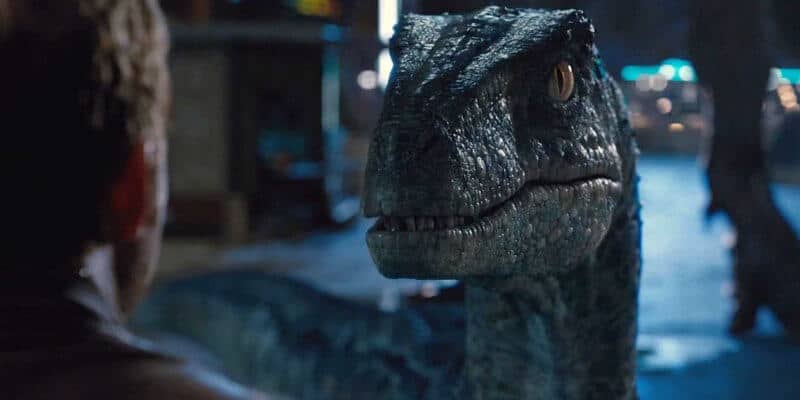 Universal Orlando Resort’s Twitter account is known to be hilarious and highly interactive with their Guests. Whether they are making fun of themselves or calling out Disney in a cheeky manner, the Twitter feed that Universal runs are always highly entertaining.

Today, Universal re-Tweeted a news article from Fox5NY (@fox5ny) which is titled “Florida woman says she spotted a ‘baby dinosaur’ running through the yard”. Universal’s re-Tweet was hilarious, saying:

<quickly counts all of the raptors>

<quickly counts all of the raptors> https://t.co/4NzAZYg28D

First of all, the claim in the article itself is pretty hilarious. Cristina Ryan claims that her security camera caught footage of a baby dino running through her backyard at night, which you can watch here. Although the tail of the animal is long and resembles that of a dinosaur, many other animals which are not extinct also have long tails.

“Any animal we can come up with that would be ‘walking’ at 3:40 in the morning, wouldn’t walk this way,” she told FOX 35 News. “Maybe I’ve watched ‘Jurassic Park’ too many times, but I see a raptor or other small dinosaur!”

The reference to Jurassic Park was sure to catch Universal’s attention, especially with all of the Jurassic news that the park has been giving out lately! With Jurassic World VelociCoaster opening in June, Raptor Encounter photo-ops available, as well as giant T-Rex photo spots returning to Universal’s Islands of Adventure, Universal Orlando Resort has been adding a lot of dinosaurs to the mix, and it seems like they used that as a fun excuse to place the “blame” of the rampant dinosaur on the loose in Florida on them.

Universal Guests are loving the troll and marketing that Universal did with their Tweet, and one even helped push the storyline further. Erica (@golddvstwoman) provided a dinosaur count chart which reflects that there are indeed dinosaurs missing from the theme park, and obviously, they are likely now running around Orlando!

I am not a paleontologist, but it seems highly unlikely that any dinosaurs are running around Florida, but if there were, it seems that the Jurassic Park section in Universal’s Islands of Adventure is the logical reason as to why this could be happening.

What do you think of this hilarious situation? Let us know in the comments!