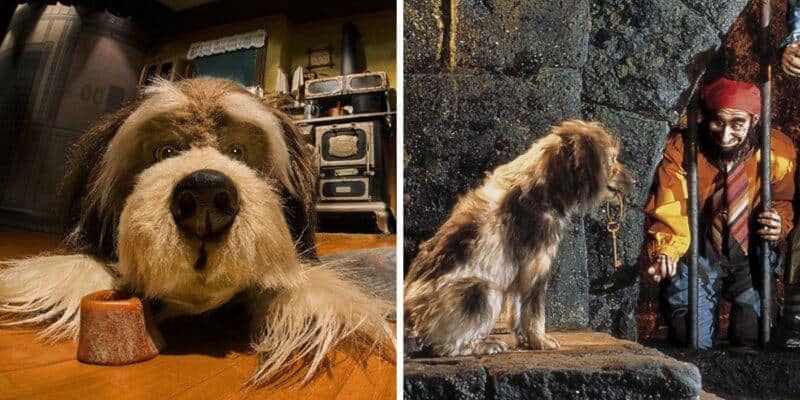 One of my favorite aspects of Disney attractions is the secrets within the rides and the Easter eggs found within them — and no, I’m not just talking about Hidden Mickeys.

If you are a fan of Carousel of Progress and Pirates of the Caribbean, you may have already known what I am about to say. But for those of you who have no idea what I am referring to, get ready for your mind to be blown!

Rover from Carousel of Progress and the jail dog from Pirates of the Caribbean are the same character. Don’t believe me? Keep reading.

Related: Did a Carousel of Progress Character Retire to Haunted Mansion?

Rover, the famous pup from Carousel of Progress, and the adorable jail dog holding the keys in Pirates of the Caribbean are actually the same exact character — and it’s been confirmed by Disney Cast Members via the Keys to the Kingdom tour!

One Reddit user, thekaz1969, shared that while on the Keys to the Kingdom tour at Magic Kingdom, Cast Members have confirmed that both Rover and the Pirates jail dog are the same. When talking about how both dogs look very similar, they said:

Pirates and carousel look similar. People on keys to the kingdom tour have been told they are the same, for what that’s worth..

But, that’s not all! There are also reports that the dog in the graveyard scene in Haunted Mansion is the same character as Rover and the Pirates jail dog, too! The same Reddit user (thekaz1969) shared the following when discussing the Pirates dog:

In the movie, his name is Poochie.. Don’t believe the one in the ride has a name, but it is the same dog as in carousel of progress and haunted mansion

And, another Reddit user, AcusTwinhammer, brought up a different attraction that they thought used the same dog — the one on Living with the Land! They write:

I thought it was the Living with the Land dog (on the farmhouse porch) that was supposed to be the same as the Carousel dog.

Disney Fandom shared a different backstory from the one told on the Keys to the Kingdom tour. This unofficial story, according to the website, was told by Cast Members in the 1990s and explained that Rover was actually part of a litter made up of five pups — Rover, Queenie, Sport, Spot, and Bony.

Rover, Queenie, Sport, and Spot were the dogs in Carousel of Progress — the Cast Members apparently said that each scene had a different dog, while Bony could be found in Haunted Mansion as the Caretaker’s dog. And, the litter was actually a descendant of the dog from Fort Sam Clemens on Tom Sawyer Island and the prison dog from Pirates of the Caribbean.

No matter which story you believe, this undeniable connection between some of Disney World’s most popular rides is incredibly fun!

Walt Disney and WED Enterprises teamed up and created what is now the longest-running stage show in American theater history. Walt Disney’s Carousel of Progress was originally created as the prime feature of the General Electric Pavilion for the 1964 New York World’s Fair.

The official Disney World website describes this classic attraction as:

Did you know that Rover and the Pirates jail dog were the same? What fun stories have you heard about these two pups? Let us know in the comments below.

Comments Off on Are Rover and the Pirates Jail Dog the Same Character?