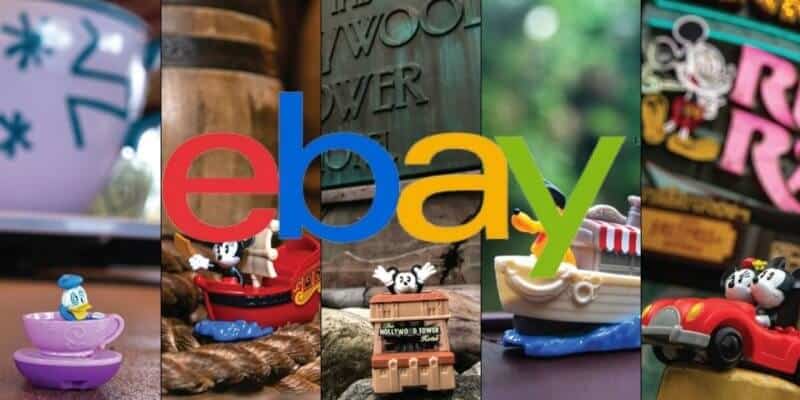 Another reason the toys are so popular is that it is tough to collect all of the toys, as customers will never know if the McDonald’s they are going to has their desired toy available. It really is quite a challenge and can be disappointing to those who want to complete their sets, but are not able to.

This is not something new, as eBay sellers have been putting up Disney Happy Meal toys online for years, but clearly, customers keep wanting more!

It seems that the popularity of these toys and the desire to collect them has grown so big that people are now turning to eBay to purchase them! If we take a look, we can see that the current Disney Happy Meal collection, which offers both Star Wars and Disney Princesses, is already being sold, with some asking prices around $4.99 apiece — each item costs $1.88 in-store — or nearly $40.00 for the set.

And, the Star Wars set features:

Previously, McDonald’s was selling a Disney World inspired Happy Meal toy set which had various Disney World attractions that all connected together to form a train. The asking price for this full set is nearly $80.00!

There are also a variety of older Disney Happy Meal toys available for Disney fans to purchase, so if you are someone who is missing a piece from a previous collection, you can search eBay to see if someone else is offering it.

Although the prices for each toy are not astronomical, they are certainly more than the standard retail price at McDonald’s. And, it is interesting to see how many sellers have the toys, and how many people are purchasing them!

Would you purchase a Happy Meal Disney toy off eBay if you were missing it in your collection?

Comments Off on McDonald’s Sold Out of Disney Happy Meal Toys? Check eBay