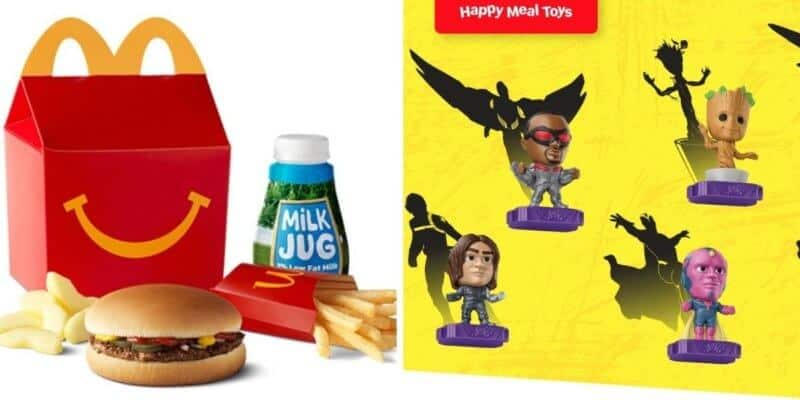 That’s exactly what we are saying about the brand new Happy Meal toys McDonald’s has unveiled! If you are a fan of Marvel, and are excited for the upcoming Disney+ shows, WandaVision and The Falcon and the Winter Soldier, you’re going to want to head on over to the fast food chain because they are including adorable new Marvel-themed toys for their Happy Meals!

Take a look at the full lineup here:

This is of course not the first time McDonald’s has released Disney related Happy Meal toys. In fact, just back in July we reported that Disney and McDonald’s collaborated to bring Disney-Pixar toys to Happy Meals, which you can read more about here.

Both WandaVision and The Falcon and the Winter Soldier are set to release on Disney’s streaming service, Disney+, as original television series. Marvel’s The Falcon and the Winter Soldier was set to release this August, but due to the global pandemic shutting down production, the series has been pushed back to an unknown release date. And according to a recent YouTube video, Disney+ confirms that Marvel’s WandaVision is set to be released sometime later this year.

If you aren’t yet signed up for Disney’s streaming service, you can get started by clicking here!

Which one of these new WandaVision or The Falcon and the Winter Soldier Happy Meal toys do you want? Let us know in the comments below.