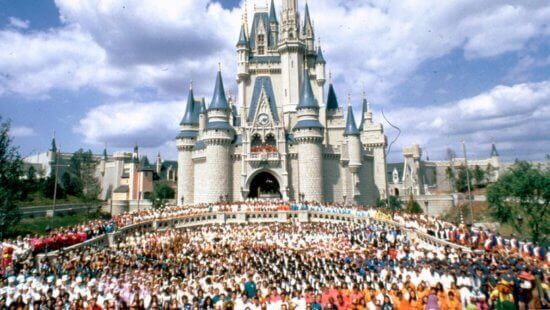 Now that we are just a few months away from Walt Disney World’s 50th-anniversary celebrations, it’s remarkable to think that Disney World has been around for 50 years! Over the past five decades, lots of things have changed including the addition of multiple theme parks, resorts, restaurants, and shops at the Florida Disney property.

Related: How much were Disney World tickets the year you were born?

Walt Disney World’s ever-growing popularity also has allowed the parks to see an increase in demand, which has constantly caused pricing to raise as time has gone on. So today, let’s take a look at how prices have shifted over the past 50 years at the Walt Disney World Resort.

Thanks to the Orlando Sentinel we can see a clear comparison of how things started, and where we are now.

Back in 1971, things worked a little differently at Walt Disney World. You couldn’t just pay one fee and ride whatever you want however many times you want, but it worked a lot more like a fair you would experience in your local town. You purchase a base ticket and then every ride you want to ride would cost extra, depending on its popularity that price would vary. That entrance fee for “adult admission was $3.50 and $1 for children — without the cost of rides and attractions.” Guests could also pay $4.75 and get seven ride tickets.

If you were operating under the pay-as-you-go model that Disney World offered, here was the cost of attractions:

An A-ticket gave access to a smaller ride, while an E-ticket was for more exciting attractions. Here’s a breakdown of the ride pricing and a few options available in each ticket category.

Today, theme park ticket prices are all over $100.00 per Guest. Prices can be up to $150.00 during select dates and times of the year, and Park Hopper tickets can cost up to around $200.00 during a peak season. So, a day at Disney World used to cost under $5.00 is especially mind-boggling to hear. The cost of a Disney World ticket in 2021 can, at times, cost exponentially more than it did decades ago — though, of course, Disney World offers so much more nowadays.

Learn More: Disney Modifies Park Hopping: What We Know for 2021

Related: “How Much Did a Disneyland Ticket Cost in 1955?” Some Perspective on Disney Ticket Prices

The funny thing with price increases at Disney is that they continue to happen, and as much as Guests don’t want to pay more each year, we always come back for more. It will be interesting to see where, in the next 50 years, prices land to visit the Most Magical Place on Earth!

What do you think of Disney World’s increase in price over the last 50 years?