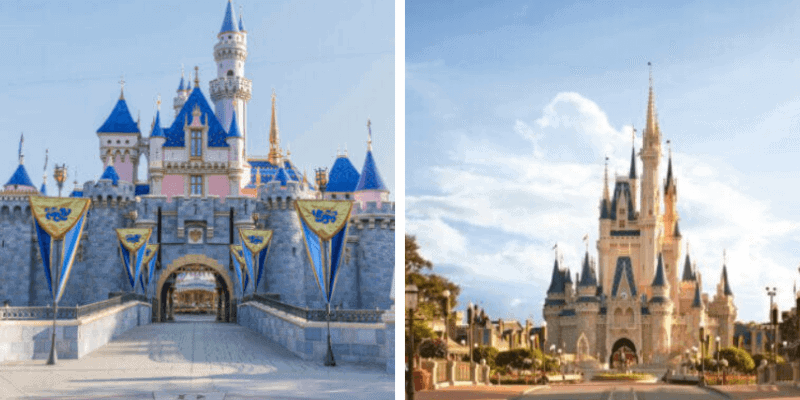 Now, the questions many of you are probably asking: “How should we navigate these new prices? How can we make our Disney Vacation as affordable as possible?”

Well, let’s break it down for you in another segment of Disney in Plain English.

As a reminder, we always advise to work with an Authorized Disney Vacation Planner at Academy Travel to ensure you get the best price possible for your Disney vacation, no matter what time of year or what parks you plan to visit.

In 2016, once the 60th Anniversary Celebrations concluded, Disneyland instituted a demand-based price structure for its single-day and multi-day tickets. In the beginning, there were three tiers (Value, Regular, and Peak). Now, there are five with tier 1 being implemented for the slowest park days and tier 5 being used for the busiest days of the year.

Remember: The Disneyland Resort only offers Single-Park and Park Hopper tickets. The Single-Park ticket is valid for your choice of either Disneyland Park or Disney California Adventure.

Our Advice: Monitor Prices, Time of Year, & Day of the Week

Watch the park calendars. Try to plan your trip around the slower days with the Tier 1 or Tier 2 ticket prices rather than visit with everyone else during the peak days. With a little creativity and budgeting, you can still plan an epic Disneyland Adventure.

That goes for Annual Passholders too. If you are approaching your date to renew, think about how many days you actually visited Disneyland Park or Disney California Adventure this past year. Do you really need to spend the extra money on, say, a Signature Pass, or should you economize and downshift to a Deluxe?

Click here to read our original coverage of the Disneyland Price Hikes.

Turing our attention back East, the price increases are different, and we need to implement some clarification. The Walt Disney World Resort DID NOT raise prices on their park tickets. If you went to any of the Orlando theme parks like the Magick Kingdom or Disney’s Hollywood Studios, you would find the prices for one day in that park are the same. Now, it will just cost more to do more.

Walt Disney World raised its prices on its series of annual passes and its park-ticket add-ons such as Park Hopper and Park Hopper Plus.

Related: Changes to the Disney Vacation Club points system: What you should know

The price increases on Disney World annual passes are relatively small and vary depending upon the pass and the pass holder. Here’s the breakdown:

Our Advice: Don’t freak out. Keep in mind the difference is a mere fraction to what you were originally paying, and the experiences added to Walt Disney World such as Star Wars: Galaxy’s Edge still make it a worthwhile investment.

Related: OpEd: Disney Annual Passholders, We Can Do Better By Following These 5 Rules

Walt Disney World now offers three significant add-on packages guests can add to their park tickets that open much more of the (Disney) World to them. We have the classic Park Hopper option, the Park Hopper Plus, and now the new Water Park and Sports option.

The classic Park Hopper option gives you unrestricted access to all four major theme parks throughout your Disney Day. The add-on price increased to:

The Park Hopper Plus option gives guests access to all four major Walt Disney World theme parks with the addition of ONE of the following options:

The Water Park and Sports Option costs an additional $70 per ticket.

It is not a Park Hopper option. It provides admission to the Walt Disney World theme park of your choice with additional admission to ONE of the following:

Our Advice: Set Your Priorities

What do you want to visit during your Walt Disney World Resort Vacation? Do you want to hop around the four theme parks all day, or do you just want to start your day at Blizzard Beach and end with some Magic Kingdom fireworks? Set your priorities and fit them into your budget before

The classic Park Hopper option is always a solid choice and always worth the money if it fits your budget. But we do not recommend choosing any of the higher options unless you intend to visit either waterpark or the NBA experience.

We also recommend that if you plan to play some Fantasia Mini Golf, just pay when you go. It is far less expensive than spending your Fast Pass Plus option on it.

Let’s end with some historical perspective on the price of a Disney theme park ticket. When Disneyland opened in 1955, park admission was reported to be $1, just shy of $10 in today’s money.

Hold on! Park Admission. Not ride admission. It’s like Spirit Airlines: Disneyland had the “base fare” that got you in, and then you paid for everything a la carte once you got in. And rides cost 10-35 cents ($0.95-$3.34) each in 1955. Now, you could buy the little ticket books for $2.50 (~$24 today). But they only gave you access to 8 rides, and those fabled E-ticket attractions didn’t even exist yet!

Disneyland opened with 35 attractions. With an average price of ~$0.23 per attraction–which would be $2.19 today–it would cost you around $76 to do everything. Oh, and that’s after you paid ~$10 to get into the park. So, in order to have access to everything at Disneyland, it would cost you just under $90 per person.

Today, there are 90 attractions at the Disneyland Resort divided into two parks with more on the way with the opening of Avengers Campus this summer. If we use Disneyland Opening Day Pricing using our average cost-per-ride, and understanding base admission into Disney California Adventure, it would cost you ~$197 to have the same access as of today’s Park Hopper ticket which will cost you between $159 and $209 depending on the day. And we haven’t even taken into account the increased quality of the attractions, the added E-ticket attractions or the increased demand as it compares to resort capacity.

Comparatively, Walt Disney World has 145 attractions divided into four parks. Using our Disneyland ’55 standard, a Walt Disney World park hopper pass should cost ~$357 in today’s money. Yet, the most you will pay for a Park Hopper this year is $224. And that is only during peak attendance week between Christmas and New Year’s.

So, yes. Disneyland and Disney World are expensive. But, relatively speaking, they were always expensive. If anything comes out of this perspective, it’s a reminder that when it comes to Disney Parks, you really are getting what you pay for and more.

Get the Best Possible Deal for your Disney Vacation

Still, you want to get the best possible deal on your Disneyland or Walt Disney World Vacation, and our friends at Academy Travel are here to help. After years of planning unforgettable Disney vacations for families like yours, Academy’s agents know just what it takes to work with you personally and discover the best possible deal for your Disney budget. Click here to learn more and receive your free, no-obligation quote today!

As always, if you have any questions regarding ticket pricing on any particular day, you can reach out to Disneyland and Walt Disney World directly for more information.

What do you think of the prices for Disneyland and Walt Disney World tickets? Do you think it’s still worth a visit? Did this article relieve some of the stress you felt faced with these sudden price hikes? Let us know in the comments!

Comments Off on Disney in Plain English: Navigating Ticket Price Increases at Disneyland and Disney World