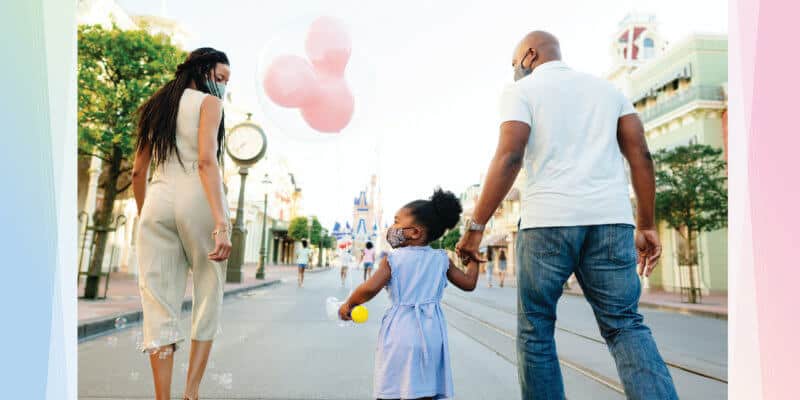 A new report from Morning Consult reveals that many people are excited about vacationing in the near future. 60% of those surveyed have admitted that they would like to go on vacation again once the pandemic is under control.

With so many excited about travel, here is why Disney will likely be a top destination for those booking vacations post-pandemic.

Related: Planning a Trip to Disney World on a Budget

Both Walt Disney World and Disneyland have always been some of the most coveted destinations for vacationers. With the widespread availability of a vaccine, we could see those who postponed or canceled Disney vacations from 2020 rebooking in the near future — and with good reason.

Disney has not been idle during the pandemic. In fact, they have taken the time to make massive improvements and plan for future special events and offerings that will have Guests jumping at the opportunity to visit one of their U.S Resorts as soon as possible — all while remaining safe.

Here is what you can expect from Disneyland and Disney World on your next vacation!

Disneyland suffered the longest closure of any Disney Park in the world as they have been closed since March 2020 due to the ongoing pandemic. However, now Disneyland is ready to welcome Guests once again on April 30!

Although due to current guidelines Disneyland will only be welcoming those who live in California, it won’t be long until more Guests can visit the theme park. But, if you want to visit Disneyland, and are unable to enter the theme parks, you can still visit Downtown Disney — The shopping and dining district at the Disneyland Resort.

What is new at Disneyland?

The highly anticipated Avengers Campus addition at Disney California Adventure is sure to be a big draw for travelers as more of Disneyland opens to the public later this year.

Avengers Campus will be a brand-new land coming to Disney California Adventure and will be the first time Guests can enjoy a truly immersive Marvel experience inside a United States Disney theme park. Featuring a brand-new attraction, WEB SLINGERS: A Spider-Man Adventure, themed food, character interactions, and more, it is no stretch of the imagination that travelers will want to book a trip to visit the Avengers Campus as soon as possible.

Avengers Campus does not have an opening date at the time of publication, however, the Walt Disney Company’s CEO, Bob Chapek, did confirm during a recent Shareholder’s meeting that Avengers Campus will open “later this year”.

Walt Disney World has been able to slowly and safely reopen beginning in July 2020. There are still parts of the Resort that have not yet opened, but Disney is taking their time to do it right and emphasize safety for all Guests and Cast Members.

With no known outbreaks of coronavirus linked to Walt Disney World, it has proven how safely it can operate. This fact alone is enough to bring back eager travelers when choosing where to vacation.

The 50th Anniversary of Walt Disney World is October 1, 2021. That day will kick off an 18-month celebration of 50 years at all four theme parks. For Disney Parks fans this is a can’t miss celebration that will be filled with special extra offerings.

And for the celebration, Cinderella Castle at the Magic Kingdom is receiving a makeover! Beautiful decorations are already being placed on the castle and it is sure to make for a great background for memorable photos. Additionally, Spaceship Earth, Tower of Terror, and the Tree of Life will also get special makeovers for the 50th anniversary.

And Guests can look forward to a brand-new attraction debuting at EPCOT — Remy’s Ratatouille Adventure — which is set to open on October 1. Disney is opening up this highly anticipated attraction as a way to help kick off the anniversary celebrations.

This new attraction is themed to the Pixar film, Ratatouille, and resides in the France Pavilion expansion in World Showcase.

Are You Planning a Vacation?

With so much excitement between Walt Disney World and Disneyland Resort, it is easy to see why many will likely pick a Disney vacation in the near future.

In this graph (below) by the Morning Consult you can see that when asked about travel, the majority of those surveyed said they are ready for a vacation. Some even said they already took a vacation! So, which category do you fall under, and are you excited to take a vacation in the near future?

There is so much to look forward to at Disneyland and Disney World, I know I am eager to plan a Disneyland trip myself.

What Disney Park do you want to visit in the future? Let us know in the comments!

We can help you book a vacation to Disneyland or Walt Disney World, click here for more information.