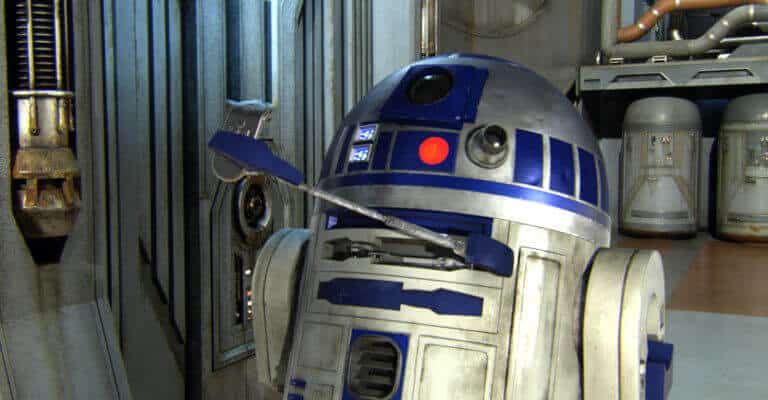 If you’ve ever visited Star Wars: Galaxy’s Edge at Walt Disney World Resort or Disneyland Resort, you may have gone to the Droid Depot. Here, Star Wars fans can build their own R2-series or BB-series astromech droid units for a mere $99.99.

Now, Star Wars fans can build their very own astromech droid at home — for twice the price. Say what? The Verge shared details about this exciting R2-D2 $200 LEGO collector’s set:

The 2021 R2-D2 set is roughly the same in terms of physical size (about a foot tall) and piece count (2,314 pieces on the new model, versus 2,127) as the 2013 model. But Lego has taken the intervening years to polish its craft considerably. The new R2-D2 does away with the exposed studs on the blocky head of the original for a smoother look. Lego also rounded the body of the droid to make the whole thing more cylindrical and improved the detail on R2’s “face” for a more screen-accurate (and friendly) look.

Related: Droid Depot and Other WDW Experiences to Reopen

While the price for the LEGO Star Wars R2-D2 set may seem steep at first blush, when you take into consideration that the price of admission — well over $100 a day — for Disney’s Hollywood Studios at Walt Disney World Resort in Florida or Disneyland Park at Disneyland Resort in California is also a cost you’ve got to pay for entry into the Droid Depot, the $200 LEGO set you can assemble at home doesn’t seem so outrageous.

You may wind up actually saving yourself some credits by steering clear of Batuu, and smuggling this awesome LEGO Star Wars Artoo set to your home planet to assemble at your leisure.

If you’re a fan of the Star Wars original trilogy starring Jedi Knight Luke Skywalker (Mark Hamill), R2-D2 (Kenny Baker), C-3PO (Anthony Daniels), Darth Vader (James Earl Jones) and LEGO Star Wars products, this is a great opportunity to add to your personal memorabilia collection without having to visit a Disney Park on Star Wars Day — plus, as it turns out, Galaxy’s Edge is almost sold out anyway….

What do you think? Would you pay $200 for a chance to build this awesome R2-D2 at home? Let us know in the comments!