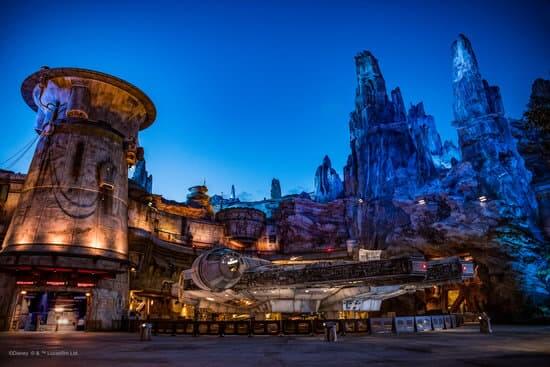 Disney’s Hollywood Studios in Walt Disney World Resort is becoming a very popular park lately. With Star Wars: Galaxy’s Edge planted inside the park, many Star Wars fans have been booking their Park Pass reservations well in advance to secure a spot.

If you’re planning to visit Hollywood Studios in the next couple of months, then you need to act fast!

After reviewing the Park Pass reservation calendar for the month of May, it looks like the entire month is currently booked for Hollywood Studios for both theme park ticket holders and select Resort hotel Guests, as seen in the images below.

All of the days are highlighted yellow because Disney’s Hollywood Studios is not available, meaning only some parks are available for those days.

Furthermore, Disney’s Hollywood Studio fans are looking forward to visiting further into June as many of the dates have been booked here as well. After reviewing the June calendar, there are only FOUR days remaining. If you’re a theme park ticket holder or a select Resort hotel Guest and are planning to visit this park, you still have the following dates to choose from:

Park Passes and Rise of the Resistance

With Park Hopping returning earlier this year, many Guests were wondering if this would affect how to grab a Rise of the Resistance boarding group.

In case you missed it, Disney recently changed the way Rise of the Resistance handed out boarding groups. Instead of one distribution time in the morning, there are now two different times — one at 7 a.m., which can be done from outside of the theme park, so long as you have a Park Pass for Hollywood Studios, and one at 1 p.m.

Well, it is important to note that if Hollywood Studios is not the first park you’re visiting while Park Hopping, then you may not be able to join the virtual line for the popular attraction. This makes sense since, in order to join the boarding group queue, one must have a valid Disney Park Pass park reservation. And since Disney already stated that Guests only need a park reservation for their first theme park (subject to change), it makes sense Guests will only be able to join the boarding group queue if they are visiting Disney’s Hollywood Studios first.

For more information, check out our article here.

Inside the Magic will update you on future spring and summer Park Pass reservation availability. It is important to keep in mind that Walt Disney World has become a very popular vacation destination during this ongoing pandemic and so Park Pass availability tends to book up relatively quickly.

Are you planning to visit Galaxy’s Edge this summer? Let us know in the comments below!

Do you need help planning your next Walt Disney World adventure? Our friends at Academy Travel can guide you to the perfect Disney dream vacation.