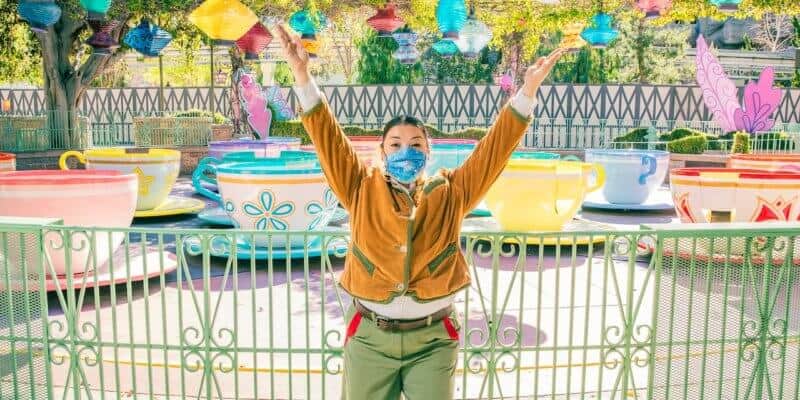 Last year was not an ideal year for the thousands of Cast Members who were laid-off at both Walt Disney World Resort and Disneyland Resort due to the COVID-19 pandemic.

Many Disney fans and Cast Members have been wondering when life at Disneyland Resort, in particular, would begin to return to normal. Disneyland Park and Disney California Adventure Park have been officially closed since March 2020. Recently, it was confirmed that Disneyland Resort will reopen — with limited capacity and to California residents only — on April 30, 2021.

This month, we were excited to share that 10,000 Cast Members would be returning to Disneyland Resort now that Governor Gavin Newsom’s “Blueprint Refresh” allows all theme parks to reopen in California’s tier 2.

The official Disneyland Cast and Community (@disneylandcastandcommunity) Instagram page shared a heartwarming video featuring many Cast Members beaming with excitement as they return and retrain to operate according to the new pandemic-era requirements and standards in the State of California.

Below, you can see photos of some excited Disneyland Resort Cast Members as they prepare to get back to making magic!

With all the buzz going around this week, the Disneyland horses prancing their way back in the Disneyland Park, and sights of Radiator Springs racers being tested, there is light at the end of the tunnel for us Disneyland lovers.

At this time, the Walt Disney Company has not confirmed which, if any, rides and attractions will be non-operational when Disneyland Park and Disney California Adventure officially reopen on April 30. Stay tuned to Inside the Magic for the latest updates regarding Disneyland’s phased reopening process.

You can also watch a fun Disneyland Cast and Community video below!

We are so excited to see how Disneyland is moving forward, and that the Cast Members are right where they want to be, and look forward to more news ahead following the reopening of Disneyland Resort.

Are you a Cast member that has returned to work? Let us know in the comments below!

We can help you plan the perfect Disneyland Vacation, click the link to find out more