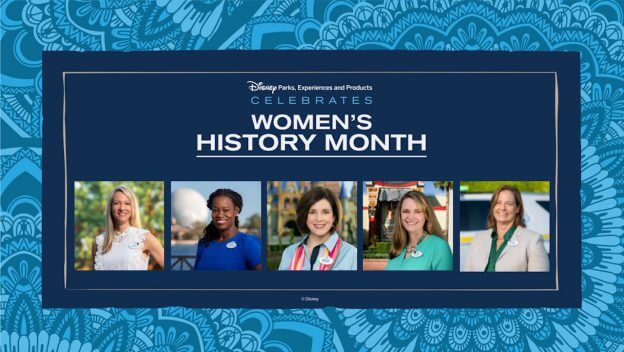 March is Women’s History Month, and to honor that, Disney has been giving people a look at some of the amazing women who work at The Walt Disney Company. Disney is increasingly putting more women in top positions, inspiring people all across the globe. As Disney Parks Blog reported, women are now leading each of Walt Disney World’s four main theme parks.  Here are some incredible women who are helping to spread Disney magic.

Jackie believes in working closely with and listening to those whose opinions are different from her own.  Diversity is of paramount importance to Jackie, as well as lifting up the other women she works with.

Another woman helping keep Disney theme park Guests safe is Linda Reid.  Linda has been with the Walt Disney Company for 12 years.  She began as the Director of Global Intelligence and, in 2018, was made the Vice President of the Walt Disney World Security team.  Linda believes in never letting anyone tell you that you can’t do anything, and is inspired by the many women she has encountered in her life.

Sarah Riles has been with the Walt Disney Company for an impressive 22 years!  She has had a variety of positions within the company.  She began her career with Disney as an Industrial Engineer and has made her way through Costumes, Ticketing, and just this March was made Vice President of Disney’s Animal Kingdom Park.

Sarah has worked with many women throughout her tenure in the Walt Disney Company and loves seeing them attain the recognition that they so rightfully deserve.

Kartika Rodriguez is another long-term member of the Walt Disney team.  She has been a Disney Cast Member for almost two decades and has helped work in Industrial Engineering and Integrated Facilities Planning.  She was named the Vice President of EPCOT just this March and is sure to have a large impact.  She said she has always admired the women of the Walt Disney Company who created a pathway for her to become a top Disney Executive.

These are just some of the incredible women who are paving the way and helping spread the Disney magic throughout the Walt Disney World Resort.  While it is always amazing to celebrate the women of Disney, we are especially excited to honor these women this Women’s History Month.

Who are some of the women in your life that you are honoring during Women’s History Month?  Let us know!