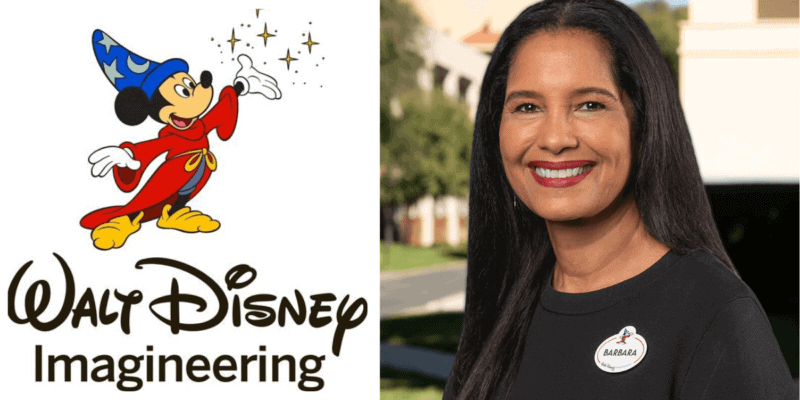 Bouza has over 25 years of management experience, and it’s clear from Disney’s announcement that the company is thrilled to have her in this role.

A post shared by Walt Disney Imagineering (@waltdisneyimagineering) on Jun 30, 2020 at 3:31pm PDT

The announcement continued, “Bouza will join the Walt Disney Imagineering senior leadership team under president, Bob Weis, and will oversee a highly talented, interdisciplinary team of creative and technical experts from a wide range of backgrounds. In this role, she will work collaboratively with stakeholders across the business to design, develop, and execute projects for Disney theme parks, attractions, resort hotels, cruise ships, and retail, dining and entertainment centers.”

As the newest member of the WDI leadership team, Bouza had this to say about her role.

“Walt Disney Imagineering is a highly collaborative organization, where a multitude of disciplines come together to create world renowned experiences. It’s truly a place where creativity and innovation thrive. I have a deep passion for science, technology, and design, so this is really a dream opportunity for me, and I’m incredibly honored to join this inspiring team,” said Bouza.

“I’ve known Barbara for a few years, and I’m thrilled to have her join our management team as we lead Imagineering through a time of tremendous opportunity,” said Weis. “Barbara is an extraordinary designer and accomplished industry leader who will be an incredible asset to this organization, as Imagineers continue to deliver innovative entertainment and immersive experiences for guests around the world.”

Bouza most recently served as Co-Managing Director, Principal of Gensler Los Angeles, where she brought strategic design management to clients including Netflix, Amgen, JPL/NASA, Debbie Allen, and the City of Hope. A Fellow of the American Institute of Architects (AIA), she was the 2019 AIA Los Angeles President, and also served on the Board of the Southern California Chapter of the International Interior Design Association. She has also been recognized by The Los Angeles Business Journal as Executive of the Year: Women Making a Difference. Additionally, she has committed herself to nonprofit work.