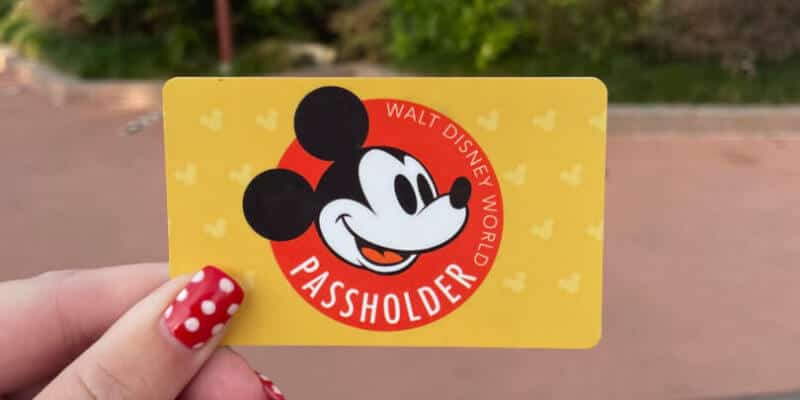 Last year, Disney World was compelled to learn how to adapt the theme parks in Florida to the current pandemic.

After having to temporarily close the Walt Disney World Resort for a few months, Disney World was able to safely reopen the theme parks in July with new protocols and several changes to operations, including the decision to suspend the sale of new Disney World Annual Passes to Guests. If you were already an Annual Passholder, you were able to renew your pass if it expired. However, renewals were on a case-by-case basis.

At this time, Disney World has not announced when new Annual Pass sales will resume, however, we are curious — when Disney World starts selling Annual Passes again, will they change the program, similar to what is being done at the Disneyland Resort in California?

Well, in this article, we are diving into everything we know so far regarding Disney World Annual Passes, how Disneyland recently changed its AP program, what the future could look like for WDW APs, and how current APs feel.

Last year, Walt Disney World made several changes to its operations due to the pandemic, including the decision to no longer sell new Disney World Annual Passes to Guests. At this time, there is no set date on when Disney World will resume the sale of Annual Passes.

But Renewing Annual Passes Is Possible

Guests can qualify to renew an Annual Pass; however, there are a few restrictions and can only be done on a case-to-case basis.

If you are looking to renew your Annual Pass, your best bet is to get in contact with Disney directly and explain your situation. If you are deemed eligible, then Disney will walk you through how to make your payment and get your renewed Annual Pass activated. Again, this is only on a case-to-case basis and it’s possible that there are some Annual Passholders who are not eligible for renewal — especially if they attempt to renew too long after their pass expired. For more information, visit our website here.

This also brought changes to the Premier Passholder program, an Annual Pass that allowed access to both Disneyland Resort and Walt Disney World Resort 365 days a year.

Recently, you heard from the Disneyland Resort that they are sunsetting the Disney Premier Passport due to the continued uncertainty of the pandemic and limitations and expected restrictions around the reopening of the Disneyland theme parks.

Though at this time, Disney World has not announced any changes to its Annual Pass program, it is possible we could see some sort of change happen once they do resume the sales, especially with Disneyland making changes to its Disneyland Resort Annual Passholder Program.

Related: Will Disney World Bring Back Annual Passes in 2021?

Or, one of the biggest scenarios that have some APs worried is Disney could potentially stop selling new Annual Passes altogether and would only then honor those who are already part of the Disney World Annual Pass program. It could be an entirely new program that Walt Disney World rolls out but only for those who are “grandfathered” in.

Again, at this time Disney World has not announced if or when they will resume Annual Passes or if there will be any changes coming, but Inside the Magic will keep you updated as we get information.

Well, with this being a possibility, current Disney World Annual Passholders are speaking out on how much they love the AP program at Walt Disney World. Inside the Magic reader Stan explained:

For Florida residents, the end of annual passes means the end of a revenue stream for Disney as I can’t imagine they will buy per diem tickets except on rare occasions.

We are DVC members, but if the do not offer annual passes we will be selling our timeshare. We will not pay more for a 7 day pass than an annual pass.

Inside the Magic fan Adam said:

My wife and I typically travel from Michigan two or three times a year. Which makes annual passes beneficial. This year the plan was to come down in October and discuss plans of a wedding vow renewal with one of the planners. We were pass holders in 2018 -2019. We were planning on the vow renewal in February of 2022. So we were waiting on the pass from 2019 and just going to get new ones in October of 2020. Being we would have planned to make several trips in between October of 2020 and February of 2022. Now that everything is on hold, I don’t know if we will renew at Disney. If we are able to start making plans then I would say yes. But, if I am expected to purchase tickets each time we come down and spend time at the resort, then probably not. I hope they can get this all hashed out. We are coming down in February 2021. It would be nice to know by then.

Heather G. explained how Annual Passes help make Disney World affordable for her and her family:

My son is 4 and absolutely loves Disney. We are from Nc and we usually go 3-5 times a year since he was 18 months old. The annual pass really helped make this happen since I’m a single mother. We have a trip planned in March for his birthday and I’m hoping AP are available by then because we would love to start continuing our Disney traditions.

And lastly, Annual Passholder and ITM fan Todd explained how he doesn’t see the Disney World Annual Pass program leaving completely since so many visitors are locals and APs:

I can’t believe AP’s would be eliminated all-together. What do they do with Florida residents? The spend of an AP holder for the frequent visitor would be lost. My family of 7 have been AP’s holders since we purchased our first AP’s for $125 each. Living over 1000 miles away, we’d make the trip twice a year for 20 total days. Planning January, April, October and December trips in 2021, however, the cost of park hopper tickets for just 2 of our trips would cost more than AP’s for all of us. After awhile it gets to be cost prohibitive. It’s not that we can’t afford it but there are other places we can travel too for a lot less than a week long trip to Lake Buena Vista. Bring them back…your loyal visitors deserve that much!

Again, at this time Disney World has not announced if or when they will resume Annual Passes or if there will be any changes coming, but Inside the Magic will keep you updated as we get information.

Do you want to see changes come to Disney World’s Annual Passholder program? Let us know in the comments below.