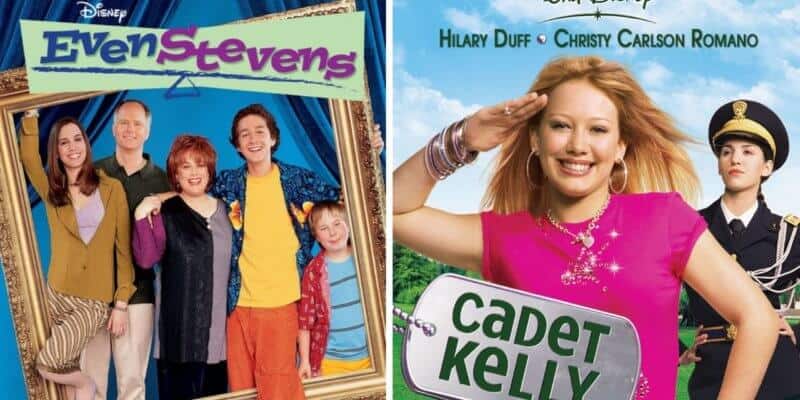 As Disney+ begins to grow at a rapid pace, we are starting to see not only new shows created, but older ones that we know and love be reimagined and rebooted into existence.

That’s So Raven, starring Raven Symone has also recently seen a reboot with the new show Raven’s Home on Disney Channel. And, although it did not come to fruition, Lizzie McGuire, starring Disney Channel star Hilary Duff also previously received the green light to make a comeback on Dinsey+.

Combine that with the multitude of Marvel and Star Wars spin-offs that Disney has in the pipeline, and you can clearly see a trend. Disney is producing the content that they are sure will do well, reboots included. Thanks to the nostalgia that reboots entail, it is a great idea to bring them back as it will pull in the original audience, as well as a new younger audience, keeping the franchise alive.

Now, it seems that one Disney star was playfully poking fun at Disney for not rebooting any of her Disney IP’s on TikTok. Christy Carlson Romano starred in various hit Disney Channel shows and movies such as Even Stevens, Cadet Kelly, and even voiced Kim Possible. In her TikTok, she used one of the latest dance trends to show how unexcited Disney is to reboot her shows, but how hyped they are to reboot everyone else’s. Take a look at the hilarious video below!

Pick one. Any one. Even Stevens? Cadet Kelly?? Kim Possible???

Note that Kim Possible did get a live-action remake the premiered on the Disney Channel back in 2019 where she did voice a minor character.

After the recent rumblings that Hannah Montana could be coming back for the 15-year anniversary, it makes sense as to why Christy made the TikTok. On a positive note, however, it seems that Christy would be willing to return to any of the three shows and film in the future, and I think every millennial who grew up on Dinsey Channel would appreciate seeing any of the three options brought back to Disney.

She will be reprising her role of Kim Possible in the Scooby-Doo and Guess Who? series later this year.

What Disney show would you like to see rebooted? Let us know in the comments!