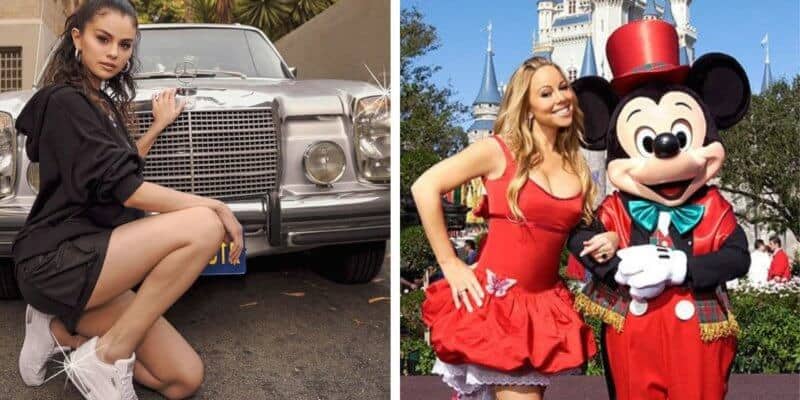 You may have been to Disneyland as a Guest and noticed a celebrity walking by. But imagine how many celebrities Cast Members see on a regular basis, especially at Disneyland Resort in Southern California!

We have to remember, celebrities, of course, are people too. And what person doesn’t want to go to Disneyland! A lot of the time, when a celebrity comes to Disneyland, they tend to do so with a slight disguise to visit Mickey Mouse and Minnie Mouse.

We previously reported that some stars such a Paris Hilton have worn prosthetics in the parks to stay incognito from photographers, but there are also less dramatic cases from that. Many celebrities may put on a ball cap and some sunglasses and call it a day! That being said, no matter what the disguise, there is always a chance that someone will recognize them.

Former Cast Member and TikTok user @dopeitsalexis shared his feelings about all of the famous people he met while working at Disneyland. The TikToker decided to rate how nice every celebrity was, including the former Disney star and pop icon Selena Gomez.

It seems that when Gomez is in the parks, she tends to keep things a little more low-key. As the former Cast Member noted:

“Honestly, she did not look at me once. I asked her to tug on the yellow tab, she did but not once did she make eye contact, therefore, 6/10. And when she got off the ride her words were, “that was so ferocious.” He did add in the comments that, “she was probably annoyed by everyone trynna take pictures with her lol,” and “i was heartbroken bcs i love her”

Selena was not in disguise when she went to the parks, and in this instance, she seemed to simply be trying to keep to herself! Considering she was probably being spotted all day long, it does make sense that she would try to not pull too much attention her way when boarding a ride vehicle at the Happiest Place on Earth.

Related: Fans Petition For Ariana Grande To Play Megara In A Live-Action ‘Hercules’

The TikToker went on to rate his experience with a few other celebrities, Mariah Carey being one of them. Considering Mariah renewed her vows at Disney, it is no surprise she is a fan of the parks. And apparently, when she shows up, she does it in style.

“Honestly, 10/10. She was walking the park in stilettos, or these big heels, whatever you wanna call it. She was always smiling and super nice.”

Personally, I can barely wear my memory foam running shoes after an open-to-close park day, so Mariah definitely deserves that 10 rating!

Singer Bebe Rexha also apparently frequents Disneyland! The former Cast Member posted on TikTok saying he saw her while she was visiting and decided to approach her, and it sounds like their interaction went perfectly!

“I actually met her not while I was working. I was one of those annoying guests who went up to her. I went over and tapped her on the shoulder and she turned around and was like, “Oh my god I was about to sock you. I thought you were one of my friends.” And then she laughed and she smiled and said, “Let’s take a picture,” so we took a picture. She was really nice, 10/10.”

The high-profile soccer/singer/actor couple Sebastian and Becky G also were mentioned. It seems that the Cast Member at a FASTPASS queue didn’t believe they had a security guard with them, and even while the mishap was being sorted, the couple never showed any anger at all!

“I met them while I was in the greeter position. They were actually really nice to the cast member, they did not give her attitude, so for that, 10/10.”

Related: Josh Gad: Why This Iconic Actor Should Be a Disney Legend

Of course, all of these reactions are based on one person’s single interaction with these celebrities, which does not represent them as a whole! Remember that whenever you see any person in the parks, whether they are a public figure or not, they are trying to have a magical day just like you.

Have you ever met a celebrity at a Disney Park? What was your experience like?