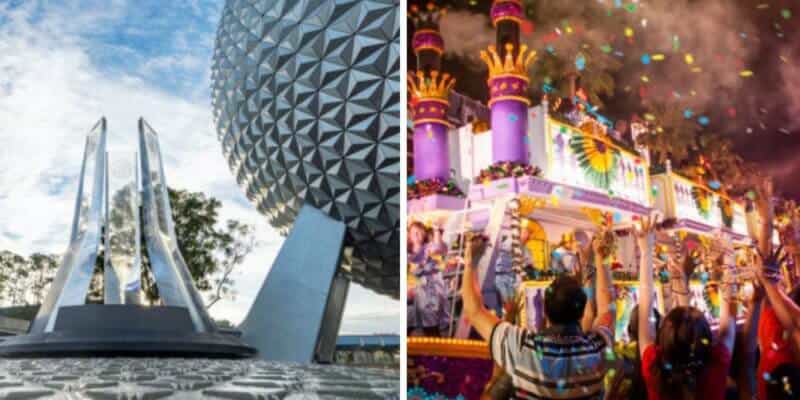 Universal Orlando Resort is one of the best theme park resorts you can visit when in Central Florida. With two immersive theme parks — Universal Studios and Universal’s Islands of Adventure– and a jaw-dropping water park — Universal’s Volcano Bay — spending a day at Universal will always be a memorable one.

That being said, ever since the holiday season, the parks have not been the same.

During the holiday season, Universal was hitting park capacity — which they have noted is 35% due to the ongoing coronavirus pandemic — every weekend, and then soon, it became every day. As January has rolled around, however, those numbers have not been the same.

The parks have not hit capacity in over a month, and considering the Universal theme park division has only broken even during the pandemic, bringing in Guests is integral for the park to start financially thriving as we begin to navigate our way out of the pandemic.

Most recently, Universal launched their annual Mardi Gras festival, and Guests are eating (and drinking) up the festivities. Mardi Gras will run from February 6 – March 28 and will be called Mardi Gras 2021: International Flavors of Carnaval. Universal describes the event as:

Guests will enjoy an eclectic global food fest with more than 70 delectable dishes and beverages from 13 locations around the globe. Plus, Universal Studios Florida will be decked out in vibrant décor and guests will have the first-ever opportunity to get up close with spectacular and intricately-detailed Mardi Gras floats stationed throughout the theme park. They’ll also enjoy a Big Easy bash in the streets with energetic dancers and stilt performers in extraordinary costumes, brass band musicians, countless beads and a newly-themed Mardi Gras Tribute Store stocked with new merchandise that will give guests the perfect look for this epic celebration.

If this reminds you of a certain Disney festival, you’re not alone. EPCOT’s first food and drink festival was the EPCOT International Food & Wine Festival which began in 1995. The festival became popular enough that there are now different themed festivals that run almost all year round at EPCOT.

The festivals also include live performances and added offerings, much like Mardi Gras.

Considering how successful the festivals have been for Disney, it makes sense that Universal would want to join in on the fun. With the New Orleans palette available for delicious flavorings, the options for food becomes very vast. Plus, the fun Mardi Gras theming and party atmosphere will loosen up Guests’ dancing shoes and wallets.

Now that Mardi Gras has begun, although the parks are not hitting capacity daily, there are larger crowds than Universal has seen prior to the festival. It seems that festival offerings will draw a crowd no matter what theme park they are in!

If all this Universal talk has you craving a trip to the theme parks, you can start planning today! From Mardi Gras to Halloween Horror Nights (HHN), to just walking around CityWalk, there is so much to explore — and so many attractions to ride! Click here to begin!

Do you think that Universal should host more festivals? Would you be more inclined to visit if they were happening?