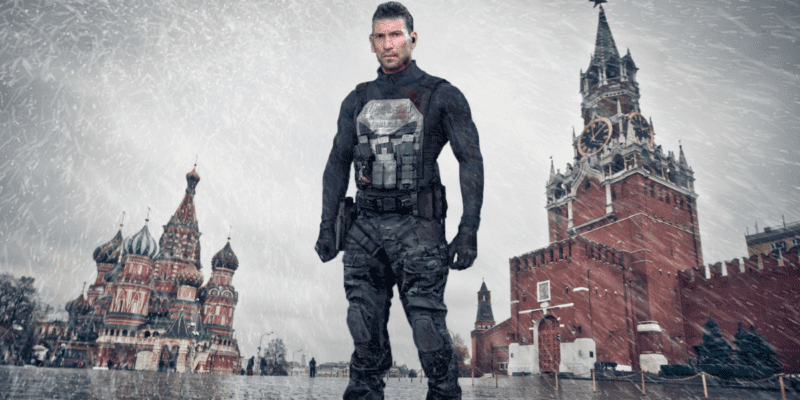 A source told Geekosity that Disney and Marvel have no intention of removing the logo.

Previously, the logo has been used by several controversial groups and social media users had called for its removal.

Related: Is Marvel About to Take Over DC Comics? Here’s Why it Could Happen

What does the report say?

According to the report, Disney and Marvel intend to keep the Punisher’s look intact. No Punisher project has been formally announced by Marvel Studios yet, but we know that the studio has reclaimed the character’s rights.

Jon Bernthal is rumored to return to the franchise as Frank Castle, but this has also not been confirmed.

Previously, we reported on the social media outcry from some Marvel fans who wanted the logo banned. Furthermore, they were supported by some big industry names, including Mitch Gerads, who worked on the Punisher comics.

However, if Geekosity is to believed, Disney and Marvel will not be swayed by this campaign. The Punisher logo is almost as iconic as Spider-Man’s spider logo. Kevin Feige and company seemingly recognize the appeal and don’t want to lose out by featuring a Frank Castle without the classic skull symbol.

Why has the Punisher logo become divisive?

As we’ve previously reported, the logo once again became a subject of controversy during the United Stated Capitol riots. It was seen on the clothing of several rioters, fueling concerns that it had become corrupted.

Previously, the logo has been used at Blue Lives Matter rallies. Police officers and soldiers have both been known to adopt it, despite protests from its creator. At one point, we even reported that Disney was being pressed to sue those who used it without consent. Disney and Marvel have not, however, publicly commented on the use of the logo.

After the Capitol riots, Twitter was abuzz with Marvel fans calling for the logo to be retired. Some even went as far as to say that Frank Castle himself is no longer fit for modern audiences. This, again, has not been officially addressed by the Walt Disney Company.

Who is Frank Castle/The Punisher?

Old Frank has a long history in Marvel comic books, and he’s come to blows with the likes of Spider-Man and Daredevil. However, he also fights crime and enacts a fierce brand of vigilante justice.

Frank’s more brutal methods have led some Marvel fans to question whether he’s a hero at all. Many consider “antihero” a better description.

Nonetheless, the character has proven endlessly popular. He has been the star of several live-action productions and was famously played by Rocky IV star Dolph Lundgren. However, Frank is primarily associated with actor Jon Bernthal. Bernthal played the character in season two of Daredevil opposite Charlie Cox. He proved so popular Netflix greenlit two seasons of a show revolving around him, titled The Punisher.

It’s worth noting that the Punisher logo remained intact in this series. Bernthal himself even defended his character in the midst of the Capitol riots. He said that those who wore his logo were ‘misguided, lost, and afraid. They have nothing to do with what Frank stands for or is about.’

Inside the Magic will continue to update you as we hear more about any Punisher projects coming to the MCU.

Comments Off on Punisher Logo Reportedly Staying in MCU