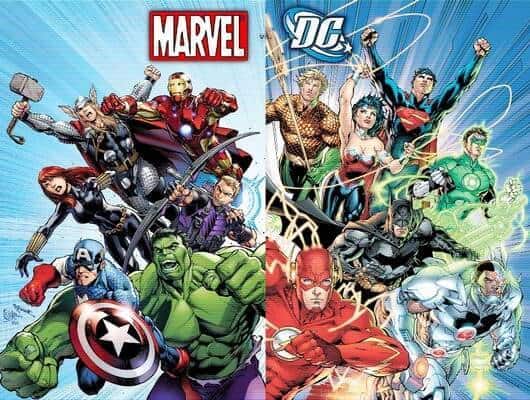 Things aren’t looking great for DC Comics at the moment, given that they have just fired co-publisher Dan DiDio.

Dan DiDio who has been co-publisher since around 2010 recently tried to reset the characters at DC in what would become a fifth-generation reboot of the beloved characters. The new direction was supposed to give characters a new contemporary feel and was met with opposition within DC Comics given how much reliance the television shows and movies have on the way the characters look.

Current owners of DC Comics, AT&T doesn’t want to push forward with the reboot of the characters and rumors suggest that they are considering bringing in Hollywood movie and television writers to help shape the future of DC Comics. This has already proven to work in the past over at Marvel where J.J. Abrams wrote Spider-Man with his son.

Celebrity writers are one thing, where exactly does Marvel come into play here?

It’s also rumored that as part of this, they would allow certain characters to be used by other studios in movie production. While that might seem crazy, we’ve seen it happen with Sony and Marvel and Spider-Man. If the future of the MCU really does sit within a multiverse, it isn’t beyond the realms of possibility. We’re pretty sure Kevin Feige would jump at the chance of a mash-up movie between Marvel and DC and we know it would almost certainly break the record of Avengers Endgame.

Can you imagine the likes of Batman, Superman, The Green Lantern and The Flash in the same movie as Captain America, Iron Man, Captain Marvel, and Black Panther? Imagine a Justice League and Avengers crossover! With relative failures including Batman vs Superman, Suicide Squad and the recent Harley Quinn movie, it wouldn’t be surprising to see DC characters in future Marvel Movies. Superhero movies are showing no signs of stopping anytime soon and DC really needs to work on making films that make money and go down well with fans. Would adding their heroes to the Marvel Cinematic Universe be the answer to issues?

For now, though, it would seem that it’s the comic arm of the business that is in need of help and given Marvel’s continued success even in the comic world, they seem like the logical partner.

Would you like to see Marvel step in and help DC Comics out with their superheroes? Let us know in the comments below!