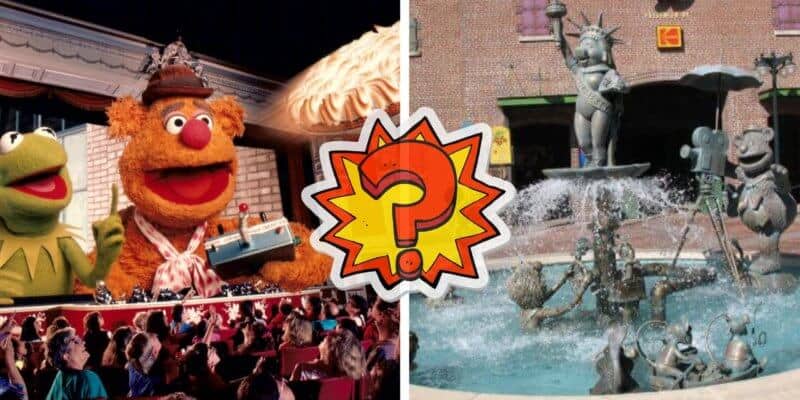 Disney’s Hollywood Studios has undergone many changes in recent years. From Toy Story Land fully integrating the Toy Story IP into the parks and — arguably Walt Disney World’s most immersive land — Star Wars: Galaxy’s Edge debuting, the once deemed “half-day park” is now one of the busiest on property. However, not all sections of Disney’s Hollywood Studios have lots of Guest traction.

The Muppets section of the park is heavily themed and surrounds the headline attraction of the area, Muppet*Vision 3D. For those who are fans of Jim Henson’s Muppets, the show is filled with all of the classic characters from Kermit to Miss Piggy, with Waldorf and Statler constantly judging and commentating on the events gone wrong thanks to Dr. Bunsen Honeydew and Beaker — plus, we even get a live appearance from Sweetums!

It’s a fun show that boasts barely any wait time — and if you have to wait, it is typically just until the previous show has concluded. That being said, it is quite dated at this point, especially compared to other areas of Hollywood Studios — and many Guests just use the show as a moment to sit in a comfy chair with air conditioning. With that being the case, it is interesting to pose the question of ‘Will Disney pull away from The Muppets?’.

Phil | The Horizoneer (@TheHorizoneer) took to Twitter to post a photo of the gift shop, Muppet Stuff, that Guests must exit after watching Muppet*Vision 3D. The theming on the banister was originally Mr. Honker’s nose and eyes, but has now been removed.

And just like that, another piece of Muppet theming is taken away from Hollywood Studios pic.twitter.com/ND5dyAoWTT

Currently, we do not know why the giant nose and eyes were taken away, but let’s explore a few options.

If we side with the direction of Disney pulling away from The Muppets IP in the theme park, this would not be the first strike in that direction. Originally, this section of the park was called Muppets Courtyard to fit the theme of the area. There is a fountain in the area as well, and with the theming, it truly does look like a courtyard. However, it has since been renamed to Grand Avenue — a name that bodes well for Hollywood Studios theming but is quite generic in terms of a Muppets section.

Also, as we discussed, Muppet*Vision 3D often has the shortest wait time of any Hollywood Studios attraction. Considering that Star Wars: Rise of the Resistance requires virtual boarding passes just to enter the queue and the Slinky Dog Dash line often grows so long it winds outside of Toy Story Land, having an attraction that does not pull-in Guests can pose as an issue for the busy park, considering it does not help alleviate the foot traffic in other high-traffic areas of the theme park.

We can also look at the above Tweet and think, perhaps, Hollywood Studios is getting ready to add more Muppets theming! After taking away Mr. Honker, it is clear Disney also painted over the store name, which is something that is needed for Guest convenience on a front marquee. Every store (with the exception of those in Batuu) in Hollywood Studios has easily legible names printed by the entrance, so it would be off for Disney to remove the store name entirely from this one. Therefore, there is also a chance that the banister needed a new paint job and Disney will bring back Mr. Honker looking fresh and newly coated.

At the moment, we do not know what is happening with The Muppet section at Hollywood Studios, which means we have no concrete reason to believe any real changes will be heading our way. Plus, Hollywood Studios has already financially put in lots of work to the park, and with Guests demand being what it is, they do not necessarily need to make any more changes at the moment.

Disney’s Hollywood Studios is not the only park to feature Muppets IP either! At Magic Kingdom, you can also check out The Muppet gang in Liberty Square. The Magic Kingdom show called Great Moments in History occurs in the windows of the land multiple times a day. Unlike many other Magic Kingdom attractions and shows, there is no queue for this show, and it is often a treat when you do get to see it!

That being said, if Disney ever did want to add a new IP or update the park, it wouldn’t be surprising if it took one of the lesser popular areas away in order to claim the space to do so.

If you want to see The Muppets at Magic Kingdom or Disney’s Hollywood Studios — or perhaps you just want to visit EPCOT and ride the Gran Fiesta Tour, or head to Animal Kingdom and go to Pandora, why not book a vacation to the Disney Parks today? Click here to get started.

What do you think? Should Disney get rid of The Muppets in Hollywood Studios? Is there another land that you would prefer to take its place?