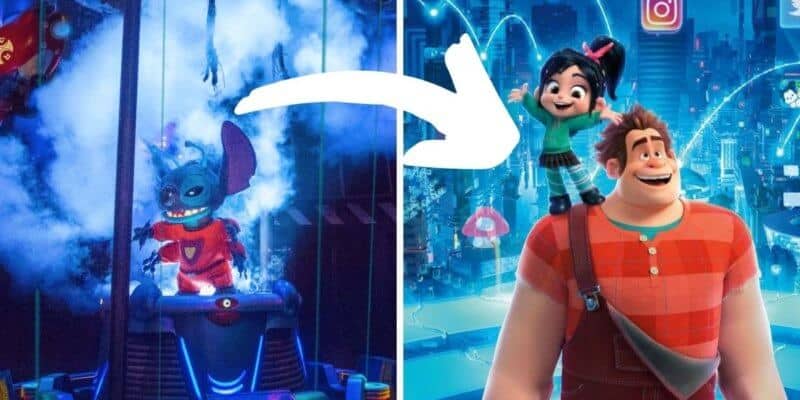 In July 2020, Inside the Magic reported that Walt Disney World officially announced the closure of three different attractions, one being Stitch’s Great Escape in Tomorrowland at Magic Kingdom.

This announcement didn’t come as a surprise to many as the attraction has not been operating for quite some time. In fact, back in 2018, it was reported that Stitch’s Great Escape was considered a seasonal attraction, even though the ride was not even operating, even on a seasonal basis. In fact, in order to keep the building up and running, a Stitch meet and greet took over a few years ago.

In case you aren’t familiar with this attraction, the official Disney description reads:

Amid a row of blinking monitors, begin your intergalactic training session and discover what it means to be a guard with the Galactic Federation Prisoner Teleport Center.

Suddenly, a mysterious Level 3 prisoner is caught—and it’s headed your way! Report to the High Security chamber to assist with the incoming teleportation of this dangerous prisoner.

What should replace Stitch’s Great Escape?

So with Disney officially announcing the closure of this attraction, what could we see replace it? Will we get another show-based attraction or will we get something else like another ride, an eatery, a meet and greet, or something else?

Well, sticking with the theming of Tomorrowland, which was originally designed to portray Walt Disney’s view of the future (even though, we must keep in mind that the future continues to change), here’s what we would love to see replace Stitch’s Great Escape.

How cool would it be if Disney World came up with a concept based on Ralph Breaks The Internet? It could be similar to a virtual reality-based attraction and you could actually be transported into the Internet, just like Ralph and Vannelope.

Imagine a 4-D show where Guests must put on a virtual reality helmet (similar to some of the attractions at Disney Quest back in the day). Once inside the Internet, Guests will experience seat movements, vibrations, puffs of air, water splashes, and so on. Disney could really take this to the next level.

Fans have been itching for a ride based on the Disney animated film Big Hero 6 ever since it debuted in 2014. In fact, Tokyo Disneyland recently opened a Big Hero 6-themed Disney park attraction in Tomorrowland — The Happy Ride with Baymax.

Disney World could do something very similar to Tokyo’s attraction, which, as Disney Parks Blog describes it, celebrates “the fan-favorite character Baymax as guests join their very own personal healthcare companion for an exciting musical whip ride set to swing them round and round.”

Disney World could go the complete opposite route and explore an entirely different Big Hero 6-based attraction. Maybe something that takes Guests through the city of San Fransokyo!

If you are a huge fan of Tomorrowland and the Tomorrowland Transit Authority PeopleMover, then I’m sure you are familiar with Mr. Tom Morrow.

Even though this would be a huge risk on Disney’s part to have something tie into Mr. Tom Morrow that may not appeal to the younger generation, this could be a huge hit for Walt Disney and Tomorrowland fans, which could then trickle down to the newer generation, becoming a hit across the board!

Tomorrowland is currently home to Cosmic Ray’s Starlight Cafe quick-service restaurant, but what if they built another dining location, this time based on Mr. Tom Morrow from the PeopleMover? Guests could dine in an out-of-this-world restaurant and for the first time ever, Guests could actually see what Mr. Tom Morrow looks like if Disney decided to build an animatronic, similar to Ray at Cosmic Ray’s.

Regardless of what we see come to Tomorrowland to replace Stitch’s Great Escape, we expect it to be fantastic!

So what do you think? What would you like to see replace Stitch’s Great Escape? Let us know in the comments below.