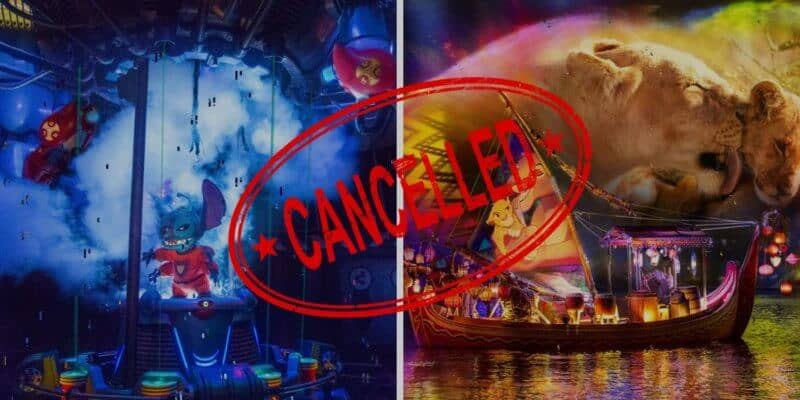 This just in — The permanent closure of two attractions as well as one nighttime show is taking place in Walt Disney World Resort.

We reported last year that Primeval Whirl, the popular spinning dinosaur-themed coaster ride, has remained closed throughout the summer of 2019, and it was unclear why. It was also unclear as to when (or if) it will ever reopen.

Back in 2018, we reported that Stitch’s Great Escape was a seasonal attraction, though the ride has not been open for quite some time now. In fact, a Stitch meet and greet took over the building a few years ago!

Rivers of Light made its debut on February 17, 2017 and had an update titled Rivers of Light: We Are One in May of 2019 at Disney’s Animal Kingdom and brought “a powerful arrangement that inspires and carries us through moments of discovery, fun, friendship, fear, love and family.”

But now it looks as though Walt Disney World has now permanently closed all three of these experiences — Stitch’s Great Escape in Magic Kingdom, Primeval Whirl at Disney’s Animal Kingdom and Rivers of Light also in Disney’s Animal Kingdom. This information comes from Twitter user Scott Gustin, which you can see below.

Please keep in mind at this time Disney has not yet released a statement on this matter.

Amid a row of blinking monitors, begin your intergalactic training session and discover what it means to be a guard with the Galactic Federation Prisoner Teleport Center.

Suddenly, a mysterious Level 3 prisoner is caught—and it’s headed your way! Report to the High Security chamber to assist with the incoming teleportation of this dangerous prisoner.

What are your thoughts on the closures of these attractions and this show? Let us know in the comments.