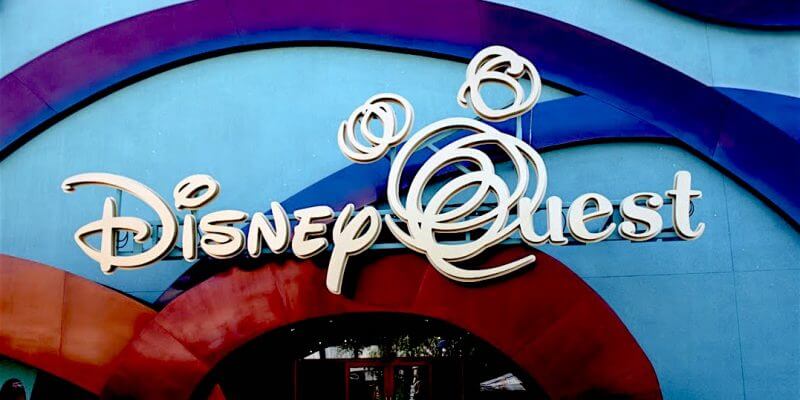 Over the past few years, the area formerly known as Downtown Disney has been going through a stage of evolution. It started with the name–which became Disney Springs — and a new design.

Then, suddenly, the landscape changed. It started with replacing the remnants of Pleasure Island with a bustling Mediterranean-style village stuffed with the hottest designer shops, scattered with an array of fantastic restaurants and bars from the nation-wide Sprinkle Cupcakes to the one-of-a-kind Indiana Jones-themed Jock Lindsay’s Hanger Bar. But this transition has taken more than just the Eisner-Era club scene. It has now also taken DisneyQuest.

Opening to Disniacs everywhere in 1998, Walt Disney World’s indoor interactive theme park was where the magic of Disney met the digital world. The only way to access it was by boarding an elevator commandeered by Genie himself, and when we did, we were transported to the Ventureport with access to five levels of interactive rides, games, and unforgettable adventure. And oh, the adventures we had!

We built our own roller coaster with Bill Nye the Coaster Guy at CyberSpace Mountain, and we got to experience our creation in an adapted F-16 flight simulator. We enlisted in Buzz Lightyear’s AstroBlaster, which combined dodgeball and bumper cars into an epic intergalactic battle.

We took our best shot at Mighty Ducks Pinball Slam. We took command of the high seas battling pirates—dead and alive—for treasure in Pirates of the Caribbean: Battle of Buccaneer Gold, and we attempted to maneuverer a raft down a very primeval Virtual Jungle Cruise. Then, we left earth to rescue colonists in an Extra-TERROR-estrial Alien Encounter, and to Ride the Comix 5. We also learned to draw at the Animation Academy, Radio Disney recorded our songs, we built toys with Sid, and our eyes were opened to Virtual Reality on Aladdin’s Magic Carpet Ride. If we got hungry, we had FoodQuest and the Wonderland Cafe, and we weren’t just limited to those few rides. Scattered around each of the interactive rides was a massive, good old-fashioned arcade with every game you can think of from Pac-Man to Guitar Hero with unlimited daily access included in the ticket. It was also the place to find Disney favorites like Tron and Fix It Felix Jr. 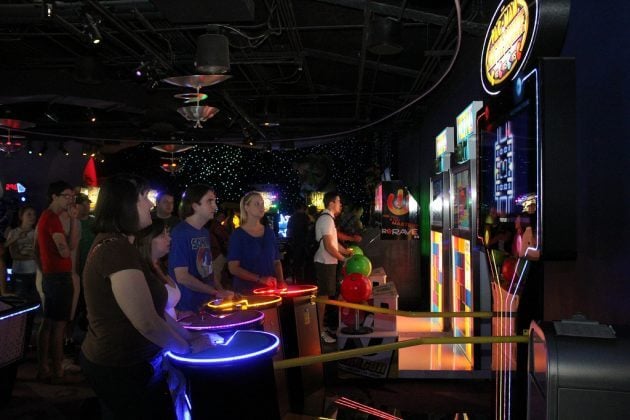 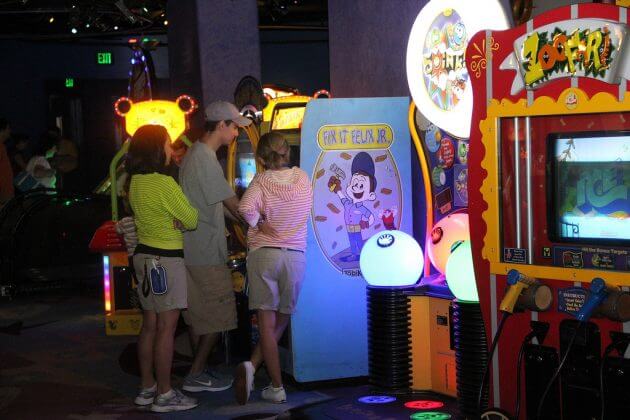 But now our digital adventures have come to an end, and that end was inevitable. While the plan was ambitious and had a lot of potentials, it wasn’t kept in check. Up until this past Sunday, when we boarded that elevator, we were also transported back in time to the 1990s. The ambiance and technology never receiving upgrades, decaying in the stale “Out-Dated” desert between the beloved oases of “Modern” and “Retro”. The technology moved too fast, and it’s most likely that the attendance records and price tag didn’t make the chase worth pursuing.

There was a DisneyQuest opened in Chicago, and it closed down. There were plans to put DisneyQuest in Philadelphia and Toronto, but they were never built. Even the one scheduled for Disneyland was never built. The DisneyQuest at Disney Springs was the first, only, and last. It closes its doors, fading into Disney history to join River Country as a retired park. Just shy of its 20th birthday.

Yes, it was stuck in the ‘90s. Yes, the technology was nowhere near as good as it is now. But, it was still a place of interaction. Not just in the digital sense. Each one of the rides required or allowed for two or more people to team up and play together. Praise to the Imagineers for creating such an awesome place.

Now, after a revival of the Tron franchise, the success of Wreck it Ralph, and with how advanced virtual reality and the digital world have become, would a revived version of DisneyQuest succeed? Perhaps. But as long as Disney continues to put more and more emphasis on immersion and innovation—and find a new home for CyberSpace Mountain—then DisneyQuest fulfilled its mission to Walt Disney World.

The big blue building will now begin to transform into an all-new Disney Springs attraction: The NBA Experience.

But on behalf of the fans of the Walt Disney World Resort, we will never forget you, DisneyQuest. Thank you for playing with us. 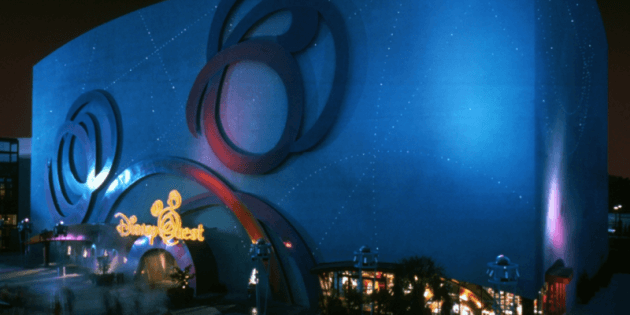