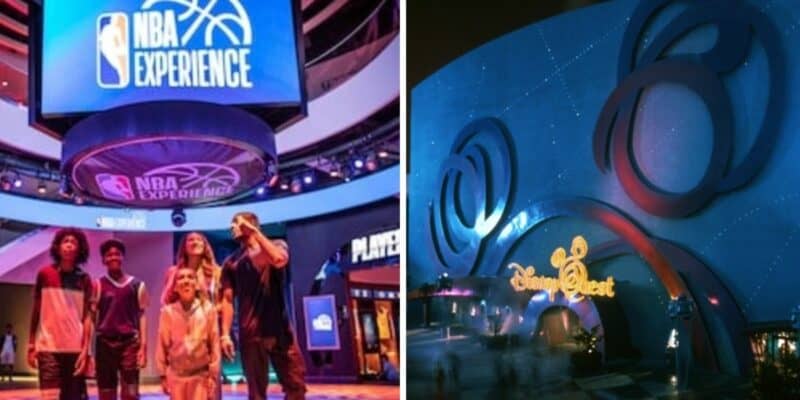 While Disney World has continued its reopening, there have been many offerings that have taken longer to return than others, and some, which have been destined not to return at all.

We recently reported that the NBA Experience, which took over the popular DisneyQuest in the summer of 2019, would not reopen. The NBA Experience has remained closed even as Disney Springs reopened, and now, we know why. Shockingly, the NBA Experience only operated for a few months before the pandemic shut down Disney World as a whole, giving it less than a year to find success.

Unfortunately for the location, it seems that the NBA Experience was not the Guest-grabbing success that Disney had envisioned for the location, as it had little demand from Guests during its reign. Considering the life of this offering was so short-lived, we wanted to reach out to our audience to get their feelings on the matter and find out what they want to see it replaced with.

Below, you can see the question we posed to our Facebook audience.

Now that we know the NBA Experience will not be reopening at Disney Springs, are you sad to see it go? Or, do you not mind saying goodbye?

What do you hope replaces the location? Let us know your thoughts!

Jacob D. seems to be fine with the closure!

Never set foot in the place, not sad to see it go. Just doesn’t interest me.

Terry W. noted that many thought the location would fail from the start.

What a waste to replace DisneyQuest……Everyone I knew, said it wouldn’t make it. Didn’t make it at Universal Studios, either.

Warren W. recognized the location was short-lived but thought DisneyQuest was the better offering for the space.

Short lived but I don’t think people would waste their time and money to know how to dribble a ball, shoot a ball, or do slam dunks when I can do that at a park or a gym for free. Should’ve kept Disney Quest when they had the chance.

Morgan D. thought the NBA Experience was a mistake and wants to see something inclusive go to the location that all ages can enjoy.

it was a mistake to built the NBA experience. Disneyquest needed to be updated to keep it fresh. But some sort of inclusive entertainment needs to be put in. Something where all ages/sizes can enjoy. A Disney museum would be cool, maybe even different type of masterclasses you can sign up for would be unique too.

J Wes S. didn’t think the offering had enough value for what it was charging.

Overpriced and not worth it, they didn’t think that through

Jeff H. has some ideas for what can come next.

George P., like many who responded, wants to see DisneyQuest return.

In the same vein, Michael V. wants to see a new version of the old arcade!

Really enjoyed Disney Quest, great for HOT or rainy days, as well as when you just wanted to do something simple/fun/classic. I hated the NBA idea as it’s soooo niche. Sounds cool, but not enough variety to attract crowds. I’m no imagineer, but I guess many of us were right when we said this 2 years ago. So adios NBA!
Time for “D*Quest 2.0”!

Dick T. posted a play on words from the saying “tens of thousands” but removed the thousands indicating that the disappointment to see the NBA Experience leave will be small.

Tens of people will be disappointed.

Jon J. would like to see a VR experience enter the space.

We loved the Void. Would be cool for Disney to do a VR experience In that space. With all the different brands they have would be awesome.

Melissa A. wants to see a Disney-themed escape room!

I hope a Disney themed escape the room complex.

Sandra P. didn’t even know that the NBA Experience existed!

Didn’t even know it was there!!

John M. would rather the space lay unoccupied.

Even empty, it’s more exciting than the NBA experience!!

Although a couple of Guests noted they had fun while visiting, the majority of fans seem to be fine with the decision to close the NBA Experience. Most people want to see DisneyQuest return or another form of entertainment take its place.

What do you think? Are you sad to see the NBA Experience go? What do you hope comes next?