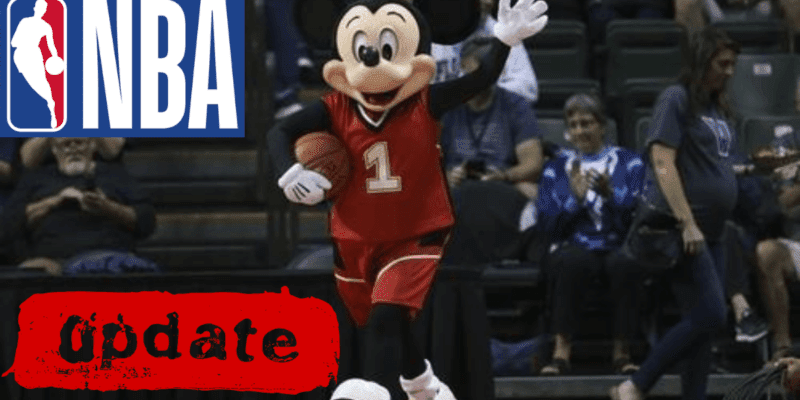 Another week has gone by at the NBA’s campus at the Walt Disney World Resort, and the NBA and NBAPA have both announced that it has been another week without a single positive coronavirus test.

This announcement is made even more significant by the fact that the NBA is set to resume its season tomorrow, July 30.

The two organizations stated in a press release,

“Of the 344 players tested for COVID-19 on the NBA campus since test results were last announced on July 20, zero have returned confirmed positive tests.

Last week, we at Inside the Magic reported the news that no NBA players had tested positive, and all players were then able to move into “Phase 5” which would allow for socialization with players and staff outside of their Disney resort hotels. Teams will also begin scrimmaging other teams also staying at their hotels.

Now, it is clear that the precautions taken by the NBA have worked thus far, and the increased interactions among the players have not lead to the spread of the disease.

But the NBA Bubble has not had a perfect record. On July 13, during the first stages of arriving to Disney World when players were still relegated to quarantine, two players did test positive for COVID-19 and were told to leave the campus to self-isolate. No other player has been reported to have tested positive since.

Looking ahead, according to The Athletic, the NBA will commence Phase 6 tomorrow, July 30, which includes the resumption of the 2019-20 season.

Players of teams that make it passed the first round will then be allowed to invite guests into their Bubble. Players are responsible for the costs of their Guests, but they will be able to reserve up to 17 rooms each for their Guests.