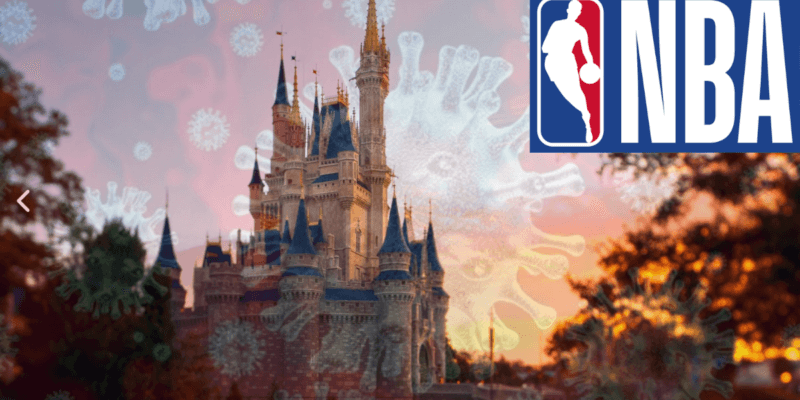 The NBA has announced that two of its players in the “Disney Bubble” have tested positive for COVID-19 and have been sent home. The NBA clarifies that the two players in question never cleared quarantine.

Of the 322 players tested for COVID-19 since arriving on the NBA Campus July 7, two have returned confirmed positive tests while in quarantine. Those players never cleared quarantine and have since left the Campus to isolate at home or in isolation housing.

Since July 1, during in-market testing, 19 NBA players newly tested positive. These players are staying in their home markets and recovering until they are cleared under CDC guidelines and NBA rules for leaving home isolation and joining the campus.

The NBA has announced the following: pic.twitter.com/0LuhXIetUp

According to The Athletic, the following conditions were in place for NBA players on the Disney Campus from July 7-July 11:

– Upon arrival, players and team staff must stay isolated in their rooms until they return two negative PCR tests at least 24 hours apart.

– Players will have the option to wear a proximity alarm that will notify a player if he spends more than 5 seconds within 6 feet of another person on campus who is also wearing an alarm.

– All team and league staff (potentially excluding referees) must wear the alarm; it is optional for players.

– Certain Disney staff will not be required to reside at the NBA Campus and will not undergo coronavirus testing, however they will be screened each day on campus to take their temperature and for symptoms.

– Everyone on the NBA Campus will be required to wear a facemask at all times, except when eating, in their individual rooms, during a workout or while engaged in a physical activity outdoors that is not within 6 feet of another person (e.g., swimming, reading a book alone).

– Physical distancing protocol of 6 feet or more should be respected at all times except during team workouts and when team health and performance staff is working with a player.

– Players will also have the option of wearing an Oura smart ring that may help with the early detection of the coronavirus and will track temperature, respiratory and heart rate and other measures.

Starting on July 10 and continuing through July 21, the NBA’s plan called for testing would continue with regular PCR testing and include daily temperature checks, symptom surveys, and pulse oximetry (finger clip device to measure oxygen levels) screening. Outside of group workouts and other team activities, players are required to self-isolate until through July 21 and until that time, players must avoid at all time on the court partaking in unsanitary habits such as spitting or clearing their nose, wiping the ball with their jersey, and playing with their mouthguard.

Other NBA at Disney World Stories

Disney Workers, NBA Players May Be At Risk for Infection

NBA to Use Disney Magic Bands to Monitor Health