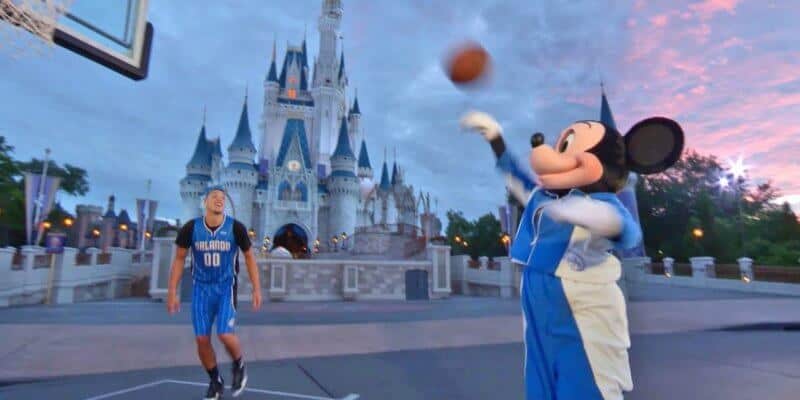 As Walt Disney World Resort prepares to reopen, Disney has continued to emphasize the importance of health and safety for not only Guests but Cast Members, as well. But at the same time Disney World is reopening its theme park gates, the NBA is preparing to move in — and with that could come even more risk for the health and well being of Disney workers and NBA players, alike.

In a report this week from the Orlando Sentinel, it’s been stated that many Walt Disney World Resort Cast Members will be cleaning the Disney Resort hotel rooms for NBA players staying on Disney World property, preparing their meals, and providing other services for them. These NBA players (representing 22 teams) and NBA staff will not be able to leave the Disney bubble — they will be staying at the Gran Destino Tower at Disney’s Coronado Springs Resort, Disney’s Grand Floridian Resort & Spa, and Disney’s Yacht Club.

But since Disney workers don’t live on Disney property, that means employees will be leaving the bubble, as they always do whenever their shifts are done for the day.

The Sentinel reports that half of the Florida ZIP codes with the most Disney Cast members represented by Unite Here Local 737 rank among Central Florida’s top 30 Zip codes for the most confirmed COVID-19 cases. Over 8,600 Disney employees live in these COVID-19 hot spots. These employees will be traveling to and from their communities every time they are scheduled for a shift.

But according to local union Unite Here Local 737, the union is confident in their agreement with Disney when it comes to keeping Cast Members safe. Local 737 represents 19,000 Disney World housekeepers and food and beverage workers.

“We’re confident that we negotiated an agreement that provides the maximum safety possible in the less than ideal world we’re present in,” said Jeremy Haicken, the union’s president.

So far, Haicken says that only a couple of workers have tested positive for COVID-19, though neither of their cases has been linked to Disney, Orlando Sentinel reports.

Unite Here Local 362 union president Eric Clinton also shed some light on the situation. He shared that before arriving to work at Disney World, Cast Members have to check their temperatures at home with a company-issued thermometer and asses themselves for any virus symptoms. Their temperatures are also checked as soon as they get to work on Disney property.

Haicken said to the Sentinel that Disney and the unions have agreed that any worker who tests positive for COVID-19 will be paid for sick time that won’t count against their normally accrued hours, and any worker with a fever of 100.4 or higher will get the day off. For context, any Guest with a 100.4 fever or higher is not allowed to enter the Disney Parks.

The Orlando Sentinel also shared that the NBA outlined health protocol as they finish off the season. The guidelines also include information about Disney Cast Members interacting with NBA players and staff:

“To minimize risk of transmission of the coronavirus, Disney will implement processes (and train cast members on those processes) requiring use of facemasks or face coverings, as well as physical distancing rules intended to keep Disney cast members from being in the same room at the same time as a player or team staff member unless required (and, if required, a cast member must maintain at least six feet of distance at all times),” reads one section. 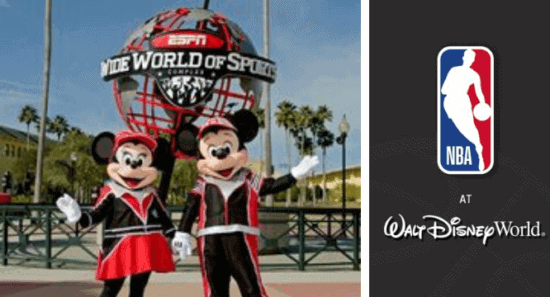 And when it comes to emphasizing Cast Member health moving forward as the parks reopen and as Disney workers come into contact with NBA players and staff, it looks like moves are being made. Disney continues to work with the Florida Department of Health on a testing protocol, which could entail opening a drive-through test site for resort employees, said Orange County health officer Dr. Raul Pino. The NBA is working with Disney when it comes to employee testing, as well.

We’ll continue to keep Inside the Magic up-to-date on the latest news regarding Walt Disney World Resort.