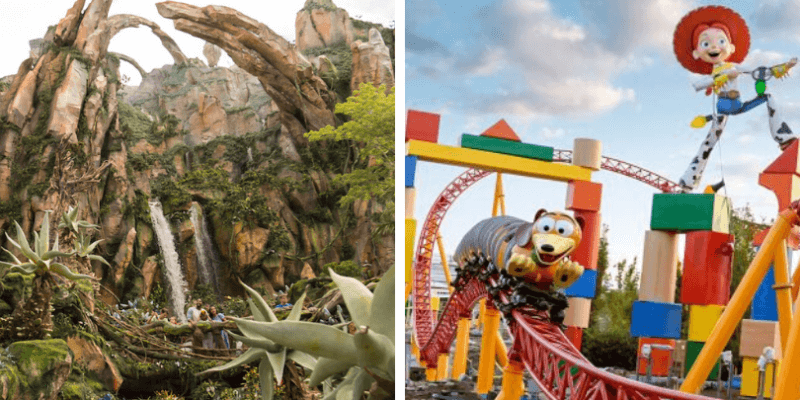 What should Cast Members expect upon returning to work? As the world starts to open back up again, so are the Disney Parks around the world, one by one.  There have been a lot of mixed feelings, thoughts, and opinions among Cast Members and Disney fans alike on Disney Cast Members return to work. Some Cast Members are afraid to go back to work and others are feeling comfortable and safe.

Two Walt Disney World Cast Members Krysta White and Scott Dudas (who are members of the union Unite Here! Local 362) hosted a Zoom call in which they shared their back to work experiences, and it seems they have a positive outlook on things.

With having such a long hiatus from work, they both said their first day back to work felt like the first day back to school.  They were both excited yet anxious as they didn’t know what to expect heading back into work at the Disney Parks.  It was great for them to see their fellow Cast Members again, but it was a new challenge trying to recognize everyone with their face masks on.

Krysta is a Cast Member in Pandora at Disney’s Animal Kingdom, and Scott is a Cast Member in Toy Story Land at Disney’s Hollywood Studios.  Upon returning, they were all physically distanced, self assessed, temperature checked, and given personal protective equipment with literature on how to properly use the equipment.  They shared that they were also given a tour of the new working conditions, such as  break areas.  The first day back consisted of training with repeated information so that they understood how to protect their wellbeing and those around them.

Thoughts From Cast Members Prior to Going Back

As mentioned before, there are mixed feelings among Cast Members regarding their return to work.  Both Krysta and Scott shared their thoughts prior to going back to work at the theme parks.  During their Zoom call they said that if they had any questions or concerns after that first training day, they both felt as if it was addressed in a well considered manner.

Scott said, “I was anxious to get back to work more than nervous, but being back and seeing everything, I had all the confidence in the world that we were going to be able to be safe because that’s the priority.”

Krysta said, “I want to make sure that I am super honest with all of you guys.  I’m high risk and I have been and still am super nervous to be back at work.  But going back and seeing how consistent everything was and just how thoughtful and like how well considered the things were, I don’t think there was anything they could have possibly done more to make me safer.  I have felt so much more safe than I have ever felt going to the grocery store or going anywhere during this whole thing.  I felt safer at Disney.”

You can watch the entire Facebook Live from the Disney World Cast Members of Unite Here! Local 362 below:

Krysta from Animal Kingdom and Scott from Hollywood Studios are sharing their back to work experience. Join in watching!