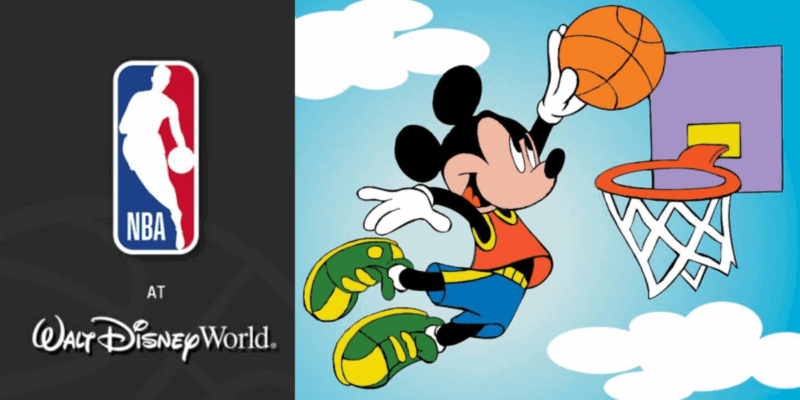 Though insiders had confirmed that discussions were taking place to bring the NBA to the Most Magical Place on Earth, Disney had not yet made an official announcement on the matter until today.

As far as how this will affect your Disney World vacation, you should note that there might not be much to worry about. Although Disney makes no mention of where NBA players will be staying while they are on Disney property, it was confirmed that they will be staying onsite at Disney owned and operated hotels. More on that here.

Also note that even though the NBA season will resume at Disney World, that doesn’t mean your next Disney trip will be filled with basketball. All games will be held without spectators. So if you want a taste of sports during your vacation, we recommend booking a stay at Disney’s All Star Sports Resort with Academy Travel and visiting the NBA Experience at Disney Springs.

Walt Disney World Resort is about to become the center of the pro basketball world this summer. We are excited to share that the National Basketball Association officially announced today it will finish its 2019-20 season at Walt Disney World Resort. The season, which was interrupted by the pandemic, will resume in July with team practices and games played at ESPN Wide World of Sports Complex in the Arena, HP Field House and Visa Athletic Center.

Game play will resume on July 30 with 22 teams (the eight teams in each conference with the highest current winning percentages and the six teams currently within six games of the eighth seed in either conference) competing to determine seeding for the NBA Playoffs. The playoffs will feature 16 teams and the NBA Finals will end no later than October 13 at ESPN Wide World of Sports Complex.

Based on current guidelines which were developed with the league, public health experts and government officials, all games will be held without spectators. Walt Disney World Resort and ESPN Wide World of Sports Complex are thrilled to continue the long-standing relationship with the NBA, which includes the first-of-its-kind entertainment venue, NBA Experience, at Disney Springs.

For more information about the resumption of the 2019-20 NBA season, including details on the competition format, visit www.NBA.com.