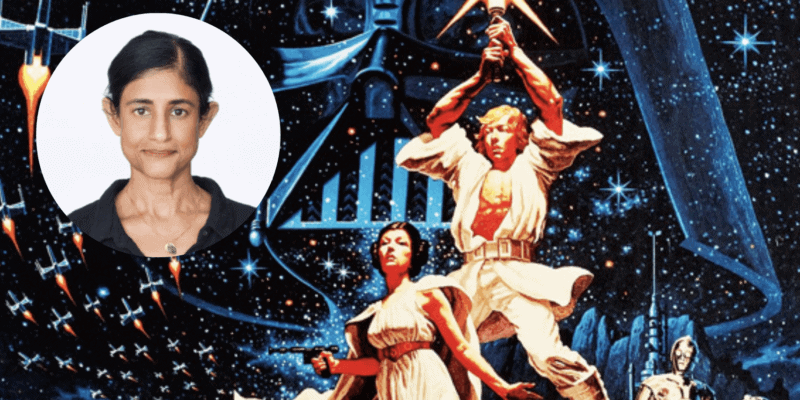 As EVP of Physical Production at Lucasfilm, SenGupta will report directly to Lucasfilm President Kathleen Kennedy and lead all aspects of productions, including physical production, post production, visual effects and production finance.

In other words, SenGupta will have a great deal of power at Lucasfilm as the studio moves forward. This is a big deal, especially for Star Wars fans, since the franchise is set to get much bigger over the next few years.

At the 2020 Disney Investor Day event on December 10, Kennedy shared details about a number of upcoming Star Wars streaming series and movies.

These will take the Star Wars universe into some very familiar territory — like the OBI-WAN KENOBI show featuring both Ewan McGregor (Obi-Wan Kenobi) and Hayden Christensen (Darth Vader/Anakin Skywalker) reprising their prequel trilogy roles — and some uncharted parts of the galaxy — Leslye Headland’s The Acolyte, for instance, will explore the High Republic era.

Now that SenGupta has come on board at Lucasfilm, she could theoretically alter the trajectory of certain series and Star Wars films — such as Taika Waititi’s upcoming project — that haven’t yet gone into production.

Details of SenGupta’s new contract have not been released by Lucasfilm or The Walt Disney Company at this time. The hiring comes at an interesting time, as 2021 is a contract year for Kennedy.

What are your thoughts on Momita SenGupta joining Lucasfilm?