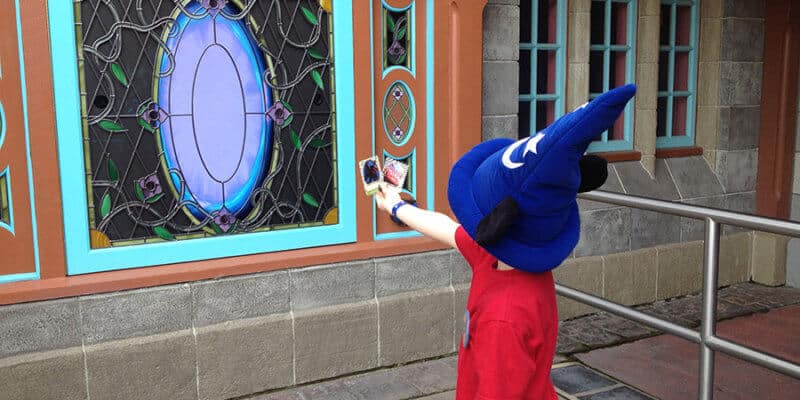 On January 25, 2021, Walt Disney World officially retired one of its popular Disney Park interactive games — Sorcerers of the Magic Kingdom.

If you’ve ever had the chance to play this game at Magic Kingdom in Walt Disney World, you know that it utilized older technology and paper playing cards. With times continuing to change, technology progressing, and smartphones being used for nearly everything, Disney is continuing to adjust theme park offerings so they adapt to the new era. Unfortunately, this Disney Park game was a bit outdated, even with its very loyal fanbase.

Related: You Can See (But Not Hug) Mickey Mouse at Disney Parks

Sorcerers of the Magic Kingdom

In case you aren’t familiar, Sorcerers of the Magic Kingdom was an interactive scavenger hunt that allowed Guests to work with Merlin and stop Hades from taking over the theme park. The official description stated:

Related: Do You Love the New Mickey Cartoons? Don’t Miss This Experience at WDW

The loyal fanbase of Sorcerers of the Magic Kingdom is not holding back to let Disney know how disappointed they are to see this interactive game go. One Inside the Magic reader, Disneyanna J., commented:

This was such an underrated experience at Magic Kingdom. Completing the game for the first time is one of my favorite memories at Disney and meeting so many other players and trading was always fun. Really sad to see it go

Another Inside the Magic reader, Melissa M. shared her feelings, writing:

So sad to see this go. My son loved to play it and really looked forward to seeing what cards he would get on visits. We have enough high tech in kids lives and doing anything without a device in their hands enriches areas less used everyday.

ITM reader, Jml, made a point in saying that Disney seems to be going too far “high tech” and when on vacation, having a device out is not a priority:

Agree with most, while I never I never played this (my kids are still too young), Disney is going way too high tech. I want to leave my device off not have to use it constantly on vacation. Soon there will be no low tech options available.

And Joan shared some memories she had with her grandchildren when playing Sorcerers of the Magic Kingdom:

Our grandson loved collecting all the different clues. Now he cannot ever finish his collections

Inside the Magic reader David said he loved playing the interactive game in between riding attractions and watching shows:

Too bad. This was a very enjoyable thing to do between rides/parades/shows and was a great thing to collect/share with others. I will miss this experience.

At this time there is no word on what’s to come or what (if anything) will replace the Sorcerers of the Magic Kingdom game, but Inside the Magic will continue to update you as we get information. When it comes to interactive experiences, we know we have a lot to look forward to with the new Star Wars: Galactic Starcruiser hotel coming soon to Walt Disney World Resort.

Are you upset to see Disney retire the Sorcerers of the Magic Kingdom game? What do you think about Disney continuing to adapt to the new ages? Let us know in the comments below.