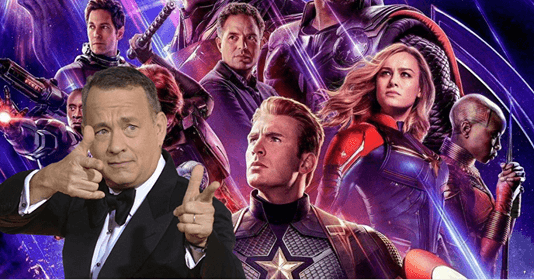 Movie theaters as we know them face extinction as a direct result of the 2020 coronavirus pandemic, and as we look to the new year, one has to wonder, “Will movie theaters be here this time next year?”

If you asked that question to Tom Hanks, the answer is yes.

“A sea change was due, anyway… It was coming. Will movie theaters still exist? Absolutely, they will,” the Saving Mr. Banks star told Collider. “In some ways, I think the exhibitors — once they’re up and open — are going to have the freedom of choice of what movies they’re going to play… Big event motion pictures are going to rule the day at the cinemas.”

But Hanks was specific in what he meant by “big even motion pictures.” It wasn’t going to be just any film with blockbuster potential — in his opinion, it has to be franchises a la the Marvel Cinematic Universe.

“News of the World might be the last adult movie about people saying interesting things that’s going to play on a big screen somewhere,” he added, “because after this, in order to guarantee that people show up again, we’re going to have the Marvel Universe and all sorts of franchises.”

These are just a few of the films designated in Marvel’s Phase 4. But with the earliest release not scheduled until March and continuing into 2023 or even beyond, one has to wonder if the releases are going to be too little too late.

Do you think movie theaters can survive? Why or why not? Let us know in the comments!