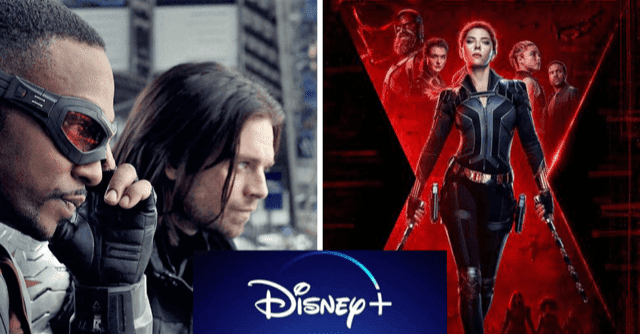 It’s definitely been an interesting year for Disney movies. With the ongoing M pandemic, theatrical releases have come to a halt with Disney films. This has prompted the company to make difficult decisions to bring some of their films to stream on Disney+.

Although the streaming service has reached great success over its first year, many films have sacrificed their theatrical debuts. With Mulan released on Disney+ for Premier Access and Pixar’s Soul releasing on Christmas Day on Disney+, it’s no wonder that Disney would consider this method with its other on-deck films.

It is unclear just how many films or which films will make that transition over to an official Disney+ release. However, thanks to DenofGeek.com, we’ve learned of a possible “leak” within video that could provide some insight.

This video “leak” comes two weeks shy of the Disney’s upcoming investors call — which is occurring on December 10th. The video also comes to us after Disney made its official announcement that the company will shift their focus more towards their entertainment and more specifically their streaming service, Disney+.

The footage shows plenty of content for Disney+ along with release dates. The video includes The Falcon and the Winter Soldier receiving a weekly release beginning on August 13th, 2021. Possibly the most interesting takeaway from the leak is the premier access release of Marvel’s Black Widow for April 16th. The other big takeaway from the video is the announcement of launching a 18+ content (which we learned of earlier this week) feature that would include the Deadpool films among others, in order to further protect younger viewers from more adult content.

Even Amazon Studios’s former head of strategy, Matthew Ball, weighed in and gave his opinion of the video on Twitter.

1/ Been asked about this "leaked" Disney+ trailer for Disney's Dec. 10 Investor Day. It feels real to me, though I get skepticism.

If true, it would be a HUGE value unlock for Disney. Which is *why* it feels so real to me.

It is important to note that these release dates have not been officially confirmed nor has the premier access for ‘Black Widow.’ This is just speculation based on a possible leak.

If this does happen to be true, this could quite possibly be the first phase of Disney’s restructure — which also means there would be plenty more to come! Take a look for yourself of the video below.

What do you think of this video news? Do you think it’s true? Let us know in the comments!