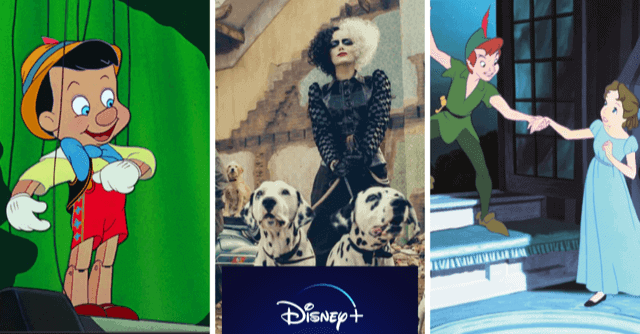 Disney’s streaming service has reached a major milestone as it has just celebrated its first anniversary with over 70 million subscribers! Now, with more features skipping their theatrical release, it is being reported that Disney+ is considering moving some of their major motion pictures to their roster.

Due to the ongoing pandemic, movie theaters have been closed and major studios have had to make the difficult choice of delaying their films or moving them to streaming services. Disney+ started this originally with Artemis Fowl, and then later followed with a Premier Access release of the highly anticipated live-action Mulan. Soon, Pixar’s Soul will follow suit, but without an extra access fee.

Now, as we’ve learned from Dateline, it is possible that Disney could be bringing more major films to Disney+ in the near future. It is unclear whether these films will be offered with an access fee or without. Reportedly, the films that are currently being considered for a Disney+ release are Cruella (starring Emma Stone), Pinocchio (starring Tom Hanks), and Peter Pan and Wendy (starring Yara Shahidi as Tinker Bell).

It’s important to keep in mind that the Walt Disney Studios has not confirmed these films coming to Disney+, for now it appears the company is just considering their options. At this time, this is only a rumor.

It comes as no wonder that Disney is possibly considering bringing these features to their streaming service, as it is starting to become more common. Also, since they did have success with Mulan and are continuing to build that success with their original content — it makes sense. On top of that, with the recent news of Warner Brothers deciding to bring DC’s Wonder Woman:1984 to HBO Max and in theaters on Christmas Day, it begs the question: what is Disney going to do with their films?

Although nothing has been officially confirmed by Disney, it would not come as a surprise if more major features were announced to make their debut on Disney+. As viewers, we will just have to wait and see.

Would you like to see these films in theaters or on Disney+? Let us know in the comments!