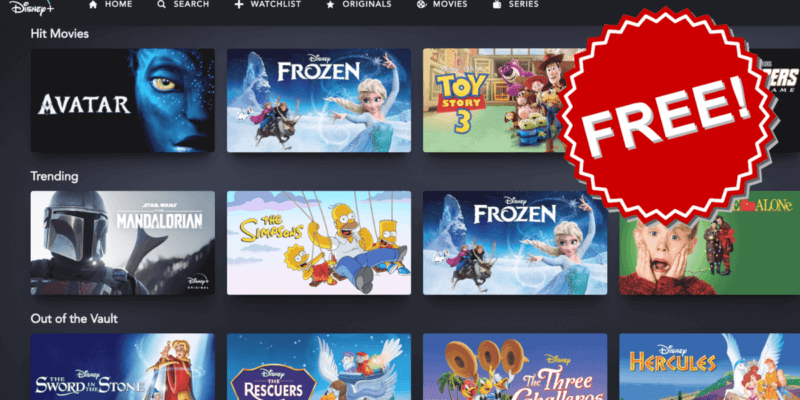 The holidays are upon us, and, just as it was in the lead up to Thanksgiving, politicians and health officials continue their attempts to advise people to stop the spread of COVID-19 and stay home this year. Often — and especially during the ongoing pandemic — people look to The Walt Disney Company as a model, and one of the ways Disney may be able to use their influence is by offering people more incentives to stay home.

One Senator from Maine — Senator Angus King — has proposed that Disney should offer access to its streaming services Disney+ and Hulu for free over the holidays. He reportedly wrote to Disney, Netflix, and other streaming services, saying “While your platforms would likely experience greater traffic as a consequence of extending service, we encourage you to provide temporary service at no cost to nonsubscribers as a way to encourage people to make responsible choices and safely navigate this holiday season.”

But here are the two biggest questions: Would Disney actually open Disney+ for free to nonsubscribers, and could the plan actually work?

Note: Disney has given no indication that Disney+ will be free this holiday season. In this article, we speculate why it may or may not be a good idea for the company to do so.

Would Disney Offer Disney+ For Free to Stop the Spread?

Throughout this ongoing pandemic, Disney has been ready to cooperate with CDC and government officials at the state and federal level, both in the United States and abroad, in order to operate their theme parks safely.

Disney has cooperated with Emmanuel Macron in shuttering Disneyland Paris, twice, and well as with its government partners in Hong Kong Disneyland and the Shanghai Disney Resort.

The Walt Disney World Resort continues to operate under and enforce CDC guidelines despite being given freedom from those restraints by Florida Governor DeSantis, and, just recently, the Disneyland Resort in Anaheim, California, launched a PSA campaign called “Together We Can Be Incredible.”

The campaign, “Together We Can Be Incredible,” features characters from Disney and Pixar’s “The Incredibles,” sharing tips and reminders of important health and safety measures delivered through digital billboards, radio, TV, social media content and more, rolling out over several weeks. The PSA reiterates current health and safety measures based on guidance from health authorities, such as the Centers for Disease Control and Prevention (CDC) and appropriate government agencies, including the OC Health Care Agency (HCA).

Disney Parks explained that the campaign was launched “across Orange County and Los Angeles County to encourage all residents to adhere to current health and safety guidelines to help protect local communities.”

Despite Bob Iger’s resignation from California Governor Gavin Newsom’s recovery task force, and Bob Chapek’s disagreement with the Governor’s decision to keep Disneyland Resort closed, the Walt Disney Company remains committed to cooperating with officials and to use its influence to try to keep people safe, advocating for people to slow the spread of COVID-19.

But would Disney go so far as to offer its most profitable and — as of now — a most essential asset for free?

Disney has already been treating its subscribers with the gift of releasing the latest Pixar film Soul. Starting on Christmas Day, viewers can watch Soul on Disney+ for no extra charge. But, that is still a Christmas gift only for subscribers. As in, Disney is still expected to make some money off of the film’s release.

One way Disney+ could be available for free is that Disney could bring back a free trial period that lasts between now and the first week of January. This would give nonsubscribers the Christmas gift of having access to Disney+’s library from Soul to Mulan, and every Disney, Pixar, Marvel, and Star Wars film and TV show on the platform. It would also allow Disney to salvage some revenue from those people forgetting to cancel their subscription before it’s too late. Perhaps it would then make sense for Disney to create its own “Stay Home with Disney+” campaign to share the promotion.

Could offering Disney+ for free really help Slow the Spread? 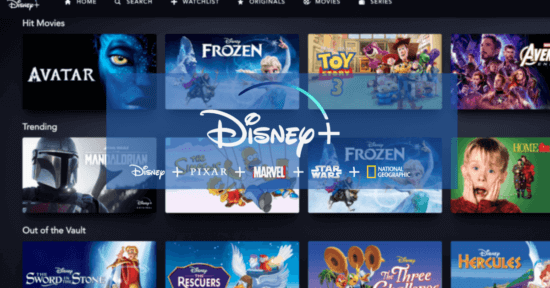 Now, it is time to talk about logistics. If Disney were to give nonsubscribers the opportunity to watch Disney+ for free through the holidays, how will they be able to enforce that “as long as you stay home” clause?

The whole idea is for free Disney+ to be the reward people get for staying home and skipping out on all the normal holiday festivities as the United States continues to weather the ongoing pandemic. But how can Disney, or any streaming service providers like Netflix or HBO MAX ensure that people were, in fact, staying home to stop the spread? It seems as though it would have to be an honor system since Disney wouldn’t actually be able to monitor who takes advantage of a free Disney+ offer and actually stays home.

In this writer’s opinion, it, unfortunately, does not seem plausible that offering streaming services for free would work. Personally, I would predict scores of people blatantly lying to Disney+, filling out a pop-up saying that they are staying home and social distancing, but then take advantage of the free deal and still gathering the entire extended family for a movie. One may argue that such a free offer could entice people to gather more.

However, Disney is known for its goodwill. The world is still in the middle of a p[andemic, and with that, there will still be people separated from their families and suffering from this year’s unique kind of anxieties this holiday season. Offering a free-trial and encouraging people to “Stay Home With Disney+” is not only on-par with Disney’s brand, but it will also be another way for Disney to spread its magic, as it has already done through the #DisneyMagicMoments campaign this entire year.

Do you think Disney should offer Disney+ for free this holiday season? Do you think it could help keep people home and stop the spread? Let us know in the comments!

Comments Off on Stay Home With Disney+: Should Disney+ Be Free For the Holidays?