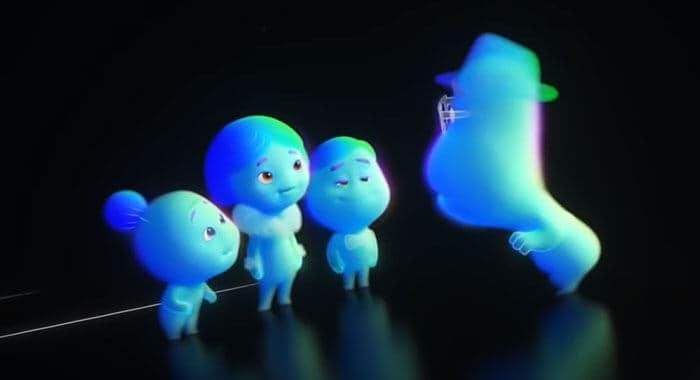 Pixar is releasing the highly anticipated Soul to Disney+ on Christmas Day, and many Disney fans are excited to watch it over the holidays. Although we have seen the trailer for the film, aside from that, other scenes have not yet been released leaving us with just the main idea of the plot. Now, Soul filmmakers Pete Docter and Kemp Powers have admitted that the film encourages you to forget the classic ideal of “following your dreams.”

While fairy tales often tell audiences to follow their dreams, Soul doesn’t necessarily do that. Instead, it shows us we should appreciate the fact that we can dream, and even if we don’t achieve everything we set out to do, our lives are still worth living.

As we at Inside the Magic and Comicbook have pointed out in coverage of the Soul film and press events, the filmmakers have taken a much more realistic approach in terms of giving it’s audience a more realistic depiction of life and what is important. It’s classic Pixar, making a “kids movie” more relatable to the adults watching it.

Since we are in pre-school, we get asked, “What do you want to be when you grow up?” or “What is your dream?” and then from that moment on, we are set up with the mindset that success is attaining the answer to either of those questions. Docter felt this in his own life stating, “I find a great joy in what I get to do, but it’s not the end all be all. There’s more to life. And so, this film really just gets to unpack that. And I think we’re so used to and conditioned to the idea that just follow your dreams. And that’s the answer. And so, we get to kind of turn that on its head a little bit.”

Powers also chimed in stating, “I love the idea of a family movie, a movie for kids and adults, where the end goal isn’t simply realizing your dream. I love the fact that we can just avoid, turn the whole cliche on its head, and have that not be the point of any of it. And it’s one of the boldest choices that I’ve seen in a long time. And to be perfectly honest, on certain days when we were doing this, I would say to Pete and Dana [Murray] like, Are we really gonna be able to do this like, and they let us get away with this. And they did.”

Powers went on to discuss how flipping the classic follow your dreams narrative in the classic Pixar film on it’s head was one of the bolder moves that the film has made.

As we already mentioned, Pixar often has a way in created two plot lines and narratives, and depending on the age of the viewer, one will be apparent. The same story is always being told, but the older we get, the more we understand the meaning behind the film. An easy example of this is Toy Story. As a kid, we know we are watching Woody, Buzz Lightyear, and all of Andy’s toys come to life and go on a slew of adventures throughout the whole film. But as adults, we quickly get hit in the heart strings as we discover the underlying notes of friendship, growing up, and letting go.

It seems that with Soul, however, the idea of showing all audiences (kids included) death right away blurs the line between adult and child pushing the stories main takeaway to all.

According to Pixar, the premise of Soul is:

Joe Gardner, a middle school music teacher, has long dreamed of performing jazz music onstage, and finally gets a chance after impressing other jazz musicians during an opening act at the Half Note Club. However, an untimely accident causes Gardner’s soul to be separated from his body and begin to proceed to the Great Beyond, and Gardner manages to escape to the Great Before, a world where souls develop personalities, quirks, and traits before being sent off to Earth. There, Gardner must work with souls in training at the Great Before, such as 22, a soul with a dim view on the concept of life, in order to return to Earth before his body dies.

Soul sends viewers of all ages the message that we can appreciate the fact that we are even able to have the chance to dream — which, in my opinion, is a great message after all we have went though in 2020.

Catch Pixar’s Soul on Disney+ as of Christmas Day on December 25th, 2020, starring Jamie Foxx and Tina Fey. With a 100% Fresh score on Rotten Tomatoes and the fact that this film was a theatrical release turned Disney+ (and not Premier Access), Pixar is truly giving us all a great holiday present with the free release of this film.

Are you going to be watching Soul once it is out on Disney+?