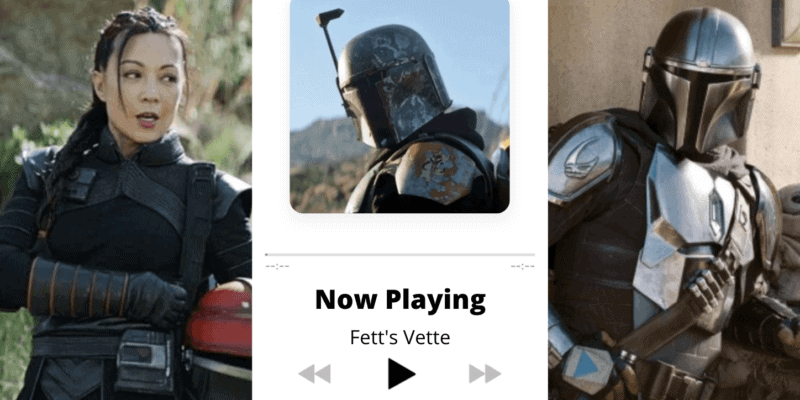 Even though MC Chris’s viral sensation “Fett’s Vette” was released in 2001, it’s back in the news following one Twitter user’s realization that the Star Wars song syncs perfectly with Boba Fett’s (Temeura Morrison) epic fight sequence in The Mandalorian Season 2, Episode 6 (Chapter 14: The Tragedy).

Made by Tim shared the following video, captioned:

Since the Boba Fett spoilers are off now, I’d like to share how perfectly this syncs up.

Since the Boba Fett spoilers are off now, I'd like to share how perfectly this syncs up. pic.twitter.com/fLYVnpDtaF

You really have to watch the video for yourself to see just how hilariously in-sync the Mandalorian scene is with the Star Wars rap song.  It’s almost as if Jon Favreau and Dave Filoni did it on purpose — the word “ship” syncing exactly with the stormtroopers retreating to their ship seems like almost too much to be coincidental.

This literally should have been the scene. Big miss by Disney

That literally should have been the scene. Big miss by Disney

What an absolutely glorious sequence

What an absolutely glorious sequence

One more reply suggested the fan-made video be sent to Morrison himself:

Almost universally, Star Wars fans online agreed that Morrison’s portrayal of the fan-favorite bounty hunter was absolutely amazing. Many are even of the opinion — this writer included — that Morrison’s version of Boba Fett is who the Star Wars fandom has deserved for 40 years.

Now, we dare you to not sing “my backpack’s got jets…” all day long.

What do you think about this hilarious mash-up? You can find the full lyrics to “Fett’s Vette” here.